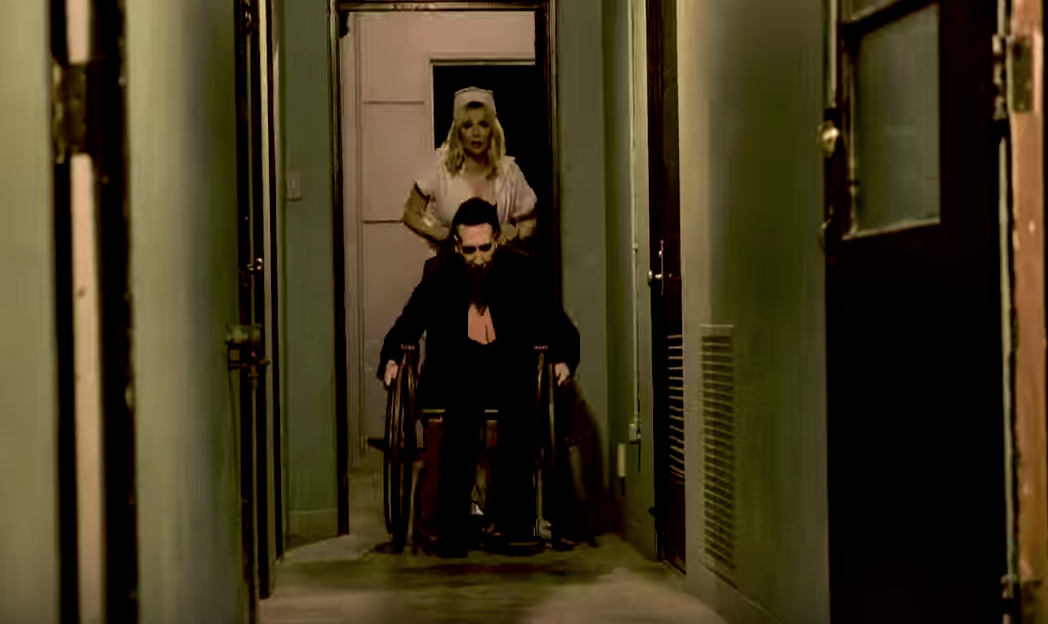 Ever heard of this totally twisted rock star Marilyn Manson? Well, if you haven’t, take it from me: He has a tendency to be a bit creepy. Just watch his new music video, “Tattooed In Reverse,” for evidence. Taken from his 2017 album Heaven Upside Down, “Tattooed In Reverse” thuds and wails–atonal cock-rock par excellence–and Manson sneers, raps, and murmurs bluesily. The visuals feature the expected fare for a Manson music video: young women being scrapped to hospital tables and being gassed and tortured, Satanic rituals, predatory-looking sex, and Manson ogling the camera through haunting contact lenses and flashing his grill. As promised, Courtney Love appears briefly, looking through a magnifying glass on an operating table and playing the nurse to a wheelchair-bound Manson.

At the end of last year, Manson released two other videos for Heaven Upside Down tracks featuring appearances from another high-profile friend (and noted creep): Johnny Depp. Last month, actor and comedian Charlyne Yi accused Manson of harassing her and making racist comments during Manson’s visit to the set of House. Watch the “Tattooed in Reverse” video below.