Lord Huron – “When the Night Is Over” 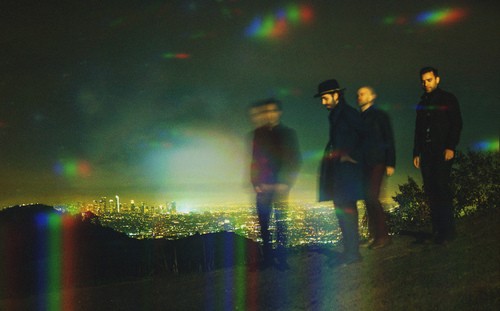 CREDIT: Pamela Littky/Courtesy of the artist

Lord Huron have released “When the Night Is Over,” a third taste of their forthcoming album Vide Noir, which is out on April 20. This one comes from the back half of the album, and it follows earlier singles “Ancient Names” and “Wait by the River” with a moody, nocturnal creep and a lyrical sparseness balanced by its detailed instrumental bridge.

“We wanted this song to feel something like a Raymond Chandler story, a desperate search through a rain-soaked, neon-lit city,” Lord Huron bandleader Ben Schneider said in a statement. “The groove section in the middle is one of my favorite passages on the album.” Listen below.

Lord Huron Return With ‘Not Dead Yet’

Lord Huron – “Wait by the River”