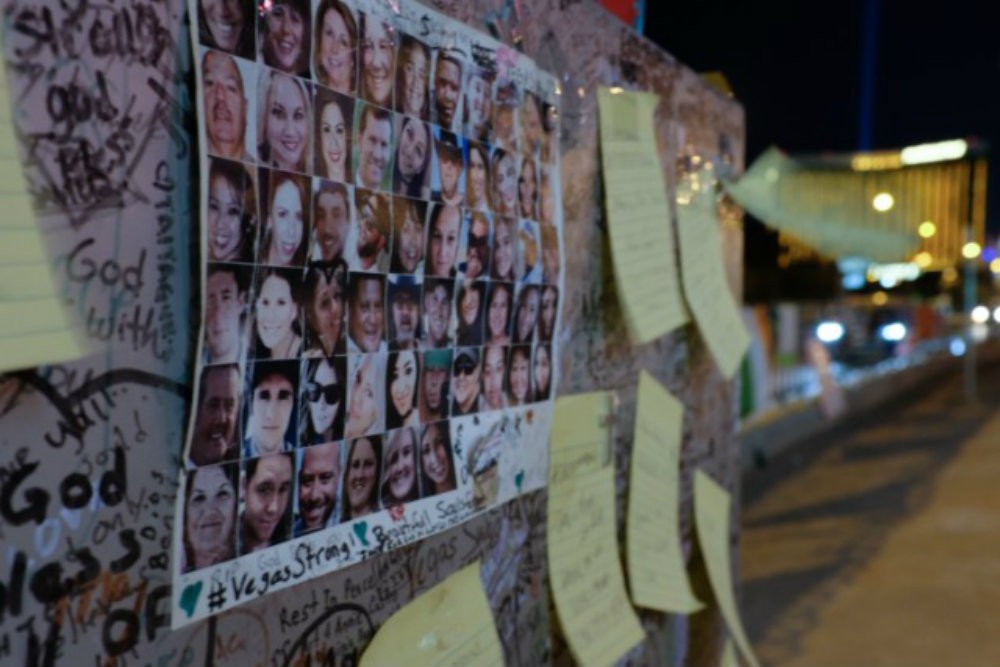 More than $31.4 million in donations have been divided between the victims and the families of victims of last year’s mass shooting in Las Vegas, which left 58 people dead and over 500 injured. According to the Los Angeles Times, victims received payments from the Las Vegas Victims Fund on Monday. From Los Angeles Times:

The Fund is paying out a total of 532 claims, many of which are being paid out to injured victims who were hospitalized. From LAT:

Divided into three levels, the committee announced there were 532 claims total. The second level consisted of 147 people who were injured and hospitalized. Fourteen claims in that tier got $200,000 each and required proof the victim had been hospitalized for more than 24 days. There were nine who got $150,000 each for 16-23 days in the hospital and 15 who got $100,000 each for eight to 15 days in the hospital.
Most claims in the second level — 77 total — got $52,500 for hospital stays that lasted two to seven days. Thirty-two people who spent one day in the hospital received $17,500.

The fund committee is comprised of “victim advocates, mental health and medical professionals, lawyers, major donors, and other compassionate citizens,” the press release states. The committee also held two town hall style meetings to listen to the needs of shooting victims and met nine times to decide how to allocate the donations, 40 percent of which came from the local gaming, tourism, and entertainment industries. The Vegas Strong benefit concert featuring Blue Man Group, Imagine Dragons, Jay Leno, and Carrot Top raised $700,000 in December.

Last week, Paddock’s mother requested that the late shooter’s assets be used to benefit the victims.