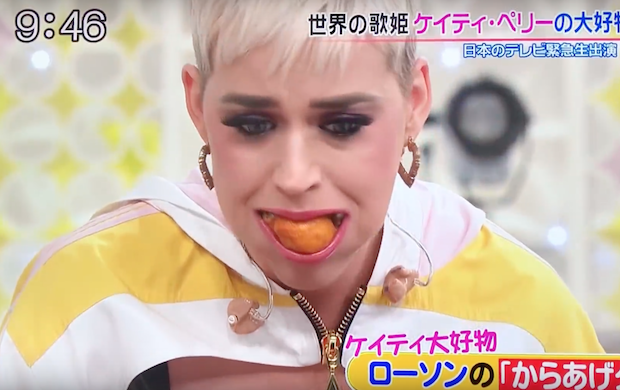 What an interesting year Katy Perry has had so far! After struggling for relevance with last year’s Witness, Perry seems to have really gone for broke in 2018, her time now occupied with nun lawsuits and American Idol shenanigans. And, as The Cut points out, she recently pulled off her most head-scratching feat yet on the Japanese talk show Sukkiri. For reasons I don’t know and don’t want to know, Perry shoved seven (I counted) chicken nuggets into her mouth and spat them all back out. Watch below.