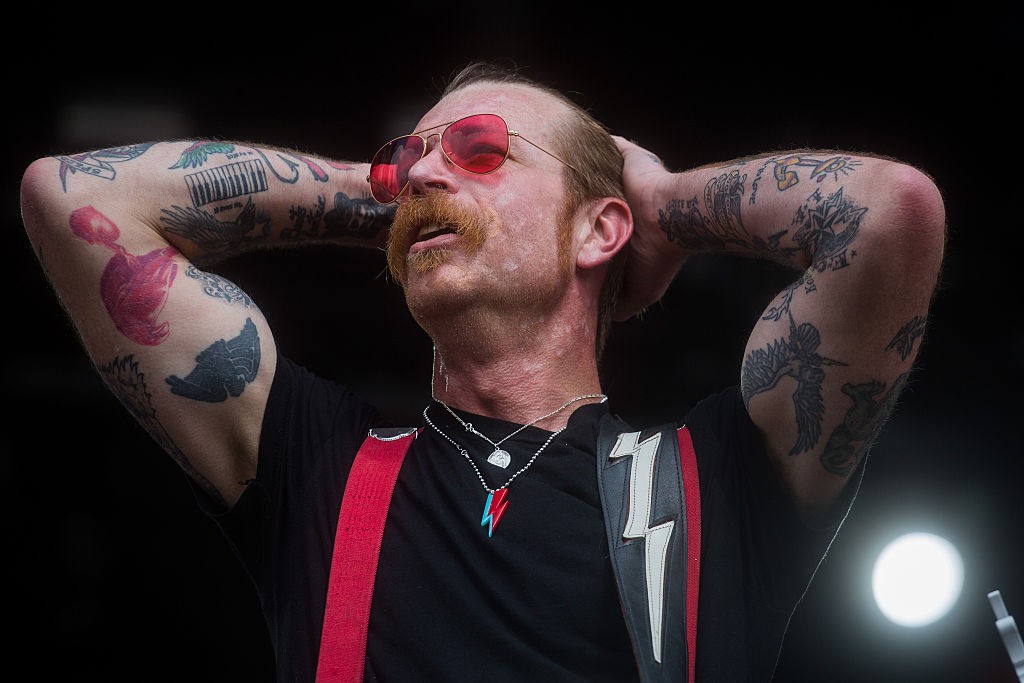 In unsurprising news, Eagles of Death Metal frontman Jesse Hughes has deleted his Instagram screed against the Parkland survivors and student activists who led this past weekend’s March for Our Lives in protest of gun violence. On Sunday (March 25), Hughes’s verified account posted a cartoon equating gun control to cutting off one’s dick to prevent rape, paired with a caption slamming Parkland students as “pathetic,” “disgusting vile abusers of the dead” who took “multiple days off of school playing hooky at the expense of 16 of your classmates blood.” As of today (March 27), that post has vanished without comment.

In a separate, previously deleted Instagram post, Hughes had republished a doctored image of Parkland activist Emma González appearing to show her tearing apart the U.S. Constitution, calling her “the awful face of treason” and a “survivor of nothing.” That same falsified photo went viral on the right-wing internet over the weekend.

Hughes’s statements garnered intense criticism from his fans, especially considering his personal experience of gun violence: Eagles of Death Metal performed at the Bataclan on the night of the deadly Paris terror attacks in November 2015. Based on his past comments, however, surviving the Bataclan attack seems to have only entrenched Hughes in his pro-gun and occasionally conspiratorial views.