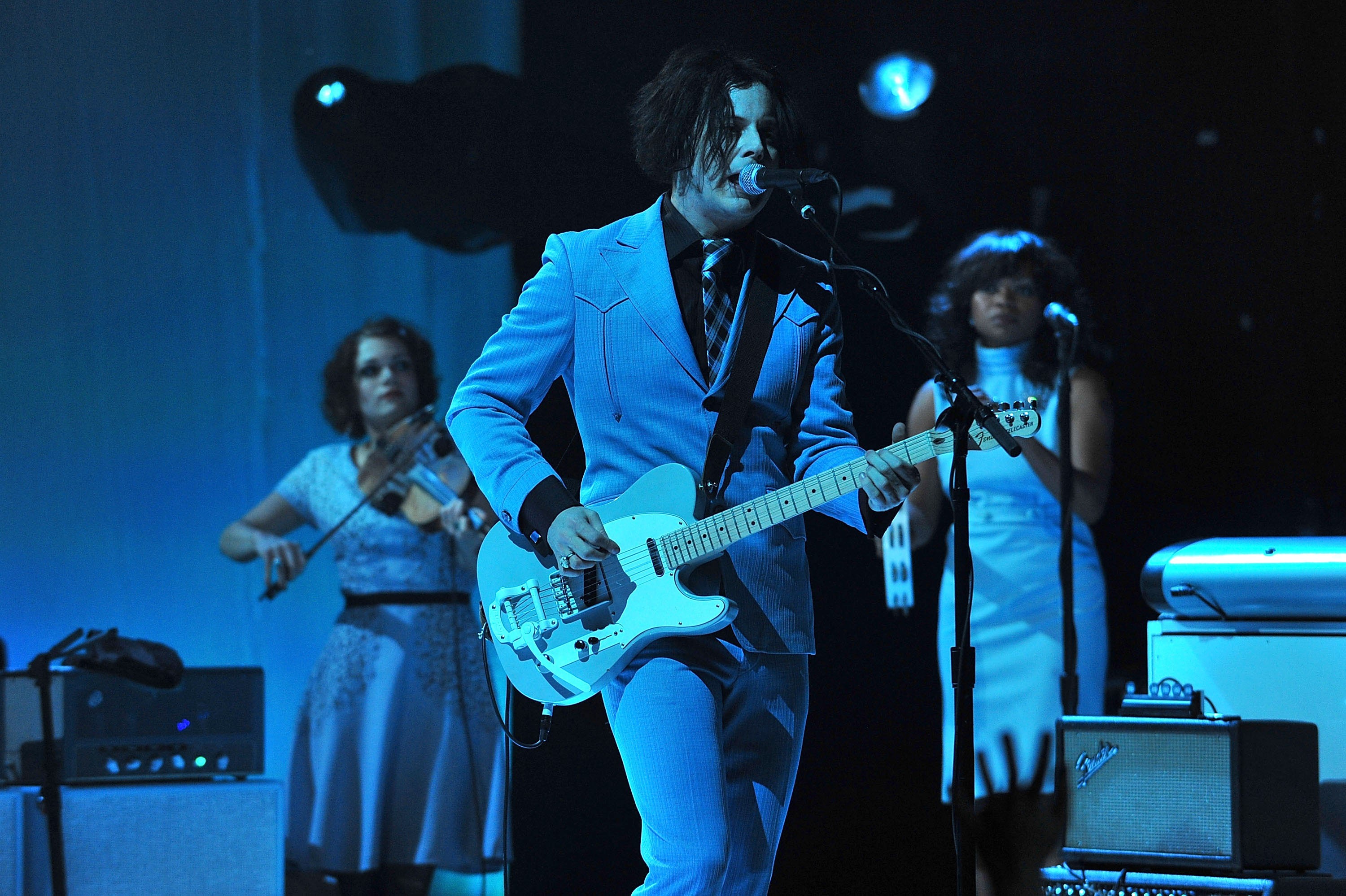 Jack White has announced a trio of “intimate” new shows to coincide with the release of his new album Boarding House Reach on March 23. The shows will take place in New York, Los Angeles, and London, and feature White and his new touring band performing a combination of songs from the new album (some of which are sounding pretty weird!) and “reimagined songs from his catalog,” according to the press release. White’s main tour for Boarding House Reach begins in April, and you can bet that these new shows, like those, will also be phone-free. Check out the new tour dates, with links to ticketing information, below, and read about Jack talking about all his favorite rocks here.