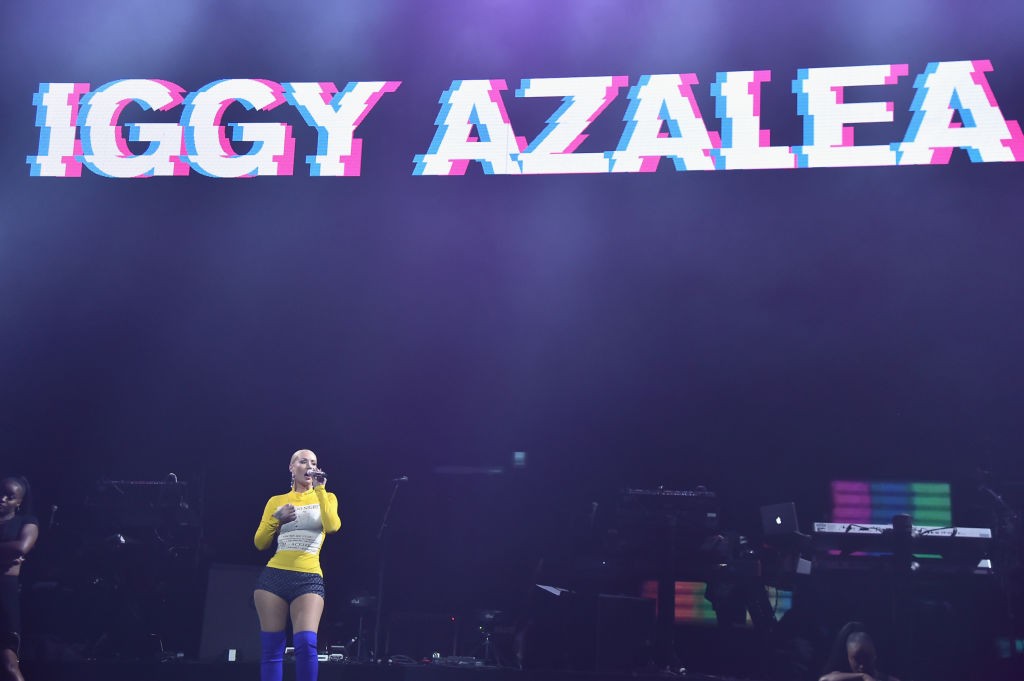 Billboard recently caught up with Iggy Azalea, who’s in a self-reflective mood as she attempts to parlay her recent comeback single “Savior” into a sophomore album. It’s a sympathetic look at an artist who doesn’t get many: Azalea says that, after her management staged an intervention, she agreed to spend time in therapy working on the anger issues that made her an infamously defensive public presence. It does sound like she’s doing better now, but there’s one telling detail that illustrates how difficult it is to escape the recent past when your name is Iggy Azalea:

She’s wearing a cropped black jacket over a printed tee and pink suede pants, and runs her right hand through her long, straight, taffy-colored hair. Her ring finger reads ‘Digital’ and her middle finger reads ‘Distortion,’ a tattoo dedicated to a planned sophomore album, Digital Distortion, that was never released.

Azalea has long had the the title of her 2014 debut album The New Classic tattooed on her fingers, so it’s not surprising she’d want a Digital Distortion tat to match. But the Digital Distortion rollout was canceled last summer after the album’s early singles tanked, and Azalea’s prospective second LP is now known as Surviving the Summer.

The good news is that Azalea is apparently pretty flexible about switching up body art: She reportedly had an old finger tattoo dedicated to ex-boyfriend A$AP Rocky removed in the past, and later added a botanical sleeve covering up some earlier designs. Flop singles or not, Iggy Azalea can probably still afford to get all the tattoos and tattoo removals she wants. Read Billboard’s full profile here.