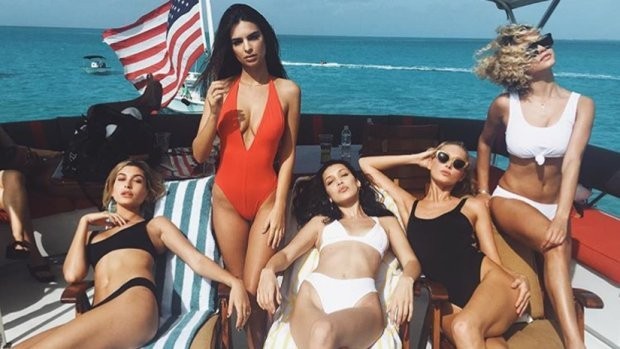 One of the first signs that last year’s Fyre Festival was in trouble came the Thursday night before the disastrous Bahamas getaway was set to begin, when headliners Blink-182 abruptly dropped out. At the time, the band said they were that concerned festival producers wouldn’t be able to provide everything required to perform. They were almost certainly right—but they missed out on a sweet yacht, according to documents reviewed by the New York Post’s Page Six. Fyre Fest founder Billy McFarland reportedly spent more than $150,000 to secure the boat for Blink as a “perk,” the gossip outlet reports.

Other reported Fyre Fest expenses include $18,208 in towels and $260,000 in carpet, part of a total $470,000 spent on promised luxury accommodations that turned out to be partially furnished emergency tent shelters. It’s not clear what happened to all the goods. “There was gross mismanagement and a general misunderstanding of how events like this unfold and that purchases weren’t being vetted,” an anonymous “federal source” told Page Six.

McFarland is due back today in federal court, where he’s pled not guilty to criminal charges of wire fraud and making false statements to a bank. He also faces a number of civil lawsuits from jilted attendees. No word yet on the promised 2018 edition of Fyre Fest.

Update (5:30 p.m.): This afternoon, Billy McFarland pled guilty to two counts of wire fraud stemming from the Fyre Fest debacle. He will reportedly face eight to 10 years in federal prison, as well as a monetary penalty and restitution payments.

Read “How the Fyre Festival Nightmare Burned Through Millions” and how McFarland attempted to unload his other terrible business on an auction site.