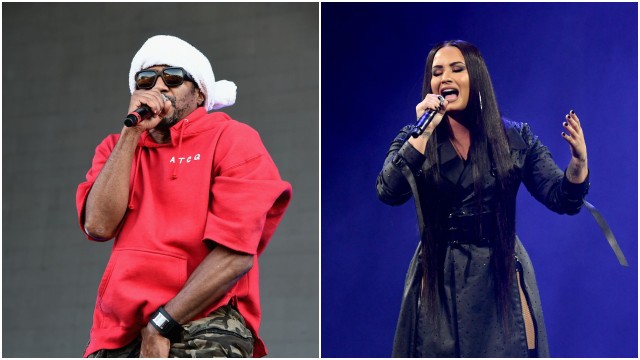 Yesterday, Elton John announced two new covers albums of his songs, called Revamp and Restoration. Curated by John and his longtime writing partner Bernie Taupin, the collection includes 23 songs in total, and some of the artist/song pairings, as we remarked yesterday, seem pretty wild. Today, one of the selections that looked diciest–a version of John’s 1976 smash-hit duet with Kiki Dee by Q-Tip and Demi Lovato–has been released, complete with a video. Q-Tip previewed it last month on an episode of his Beats 1 show.

The cover makes more musical sense than one might expect, with a steamier, groovier feel than the original. Q-Tip sticks to singing, and the two take some liberties with the central melody and rhythms, keeping it from feeling like a trite rehash of a song that has been ubiquitous for decades.

Of the collaboration, Tip said in a press statement: “Elton’s influence shows you that the possibilities of music are endless…being a hip-hop kid, our whole aesthetic was that everything was up for grabs and that’s how he has always been to me. I remember the premiere of Don’t Go Breaking My Heart with Kiki Dee and seeing it as a kid and loving it. Elton was gracious enough to be part of the last Tribe album, so it was serendipitous and logical to return the favor. Rhythmically, we just wanted to make it a little funkier.”

Today, Chris Stapleton also released audio for a more faithful Elton cover: “I Want Love,” one of John’s singles from his 2001 return-to-form album Songs From the West Coast. Watch the video for Q-Tip and Demi’s collaboration and check out Stapleton’s song below.