Review: The Breeders’ All Nerve Is a Delightful Toss-Off 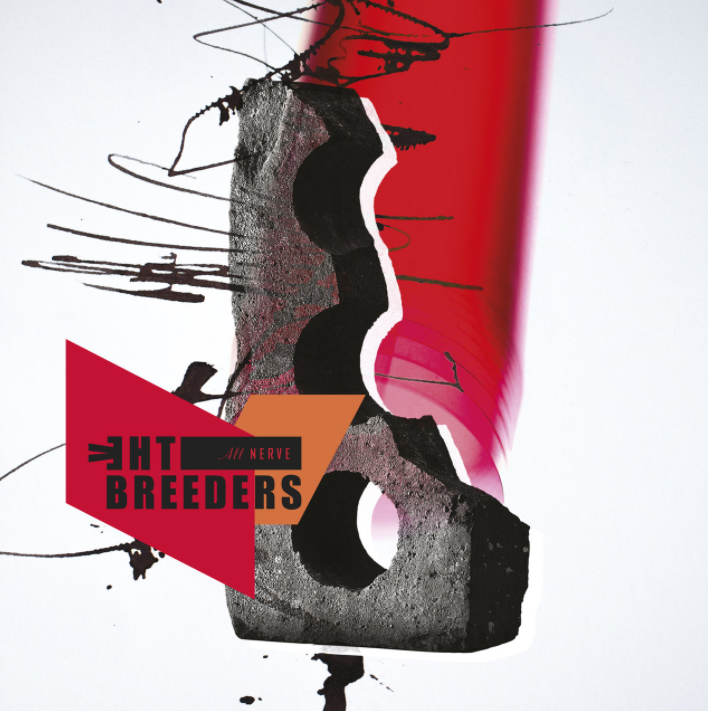 Few words describe Kim Deal’s songwriting and delivery of emotion better than “terse.” In the Pixies and a series of Breeders albums she presented herself as a Peppermint Patty type: a wry older sister offering semaphored wisdom, often nuts, always amusing. How she’s gone platinum and remained a beloved goddess for the Reagan-Poppy Bush generation is a mystery of timing, kismet, and talent. Drug problems quashed any hint of productivity, but every time the Breeders dropped a record, whether 1993’s beloved Last Splash or 2008’s Mountain Battles, they commented—tersely, always—on an age that demanded the lo-fi gnarl. To choose a favorite Breeders record is silly; they’re all good, including Deal’s Amps project Pacer and 2002’s Title TK, the latter recorded in a slough of despond as complete as Neil Young’s during Tonight’s the Night and exhilarating anyway.

A few years after the redundant but financially remunerative nostalgia trip of the Last Splash 20th anniversary tour, a decade after releasing an album under the Breeders moniker, Deal and her twin Kelley, plus stalwarts Jim MacPherson and Josephine Wiggs return with All Nerve—a splendid title, evocative. The title track’s spindly guitar lines suggest a tangle of dendrites alert to sensation; the other metaphorical interpretation suggests effrontery (as if to say, “You’ve got a lotta nerve coming back after ten years!”).

A band remembering how to use their instruments to feel again—All Nerve captures the Breeders in the middle of relearning the lapidarian gesture, the toss-off. What better way than with car metaphors? Completing a set started by Last Splash’s “Drivin’ on 9,” the band offers “Wait in the Car” and, better, “Archangel’s Thunderbird.” MacPherson, riding his cymbals like St. Gabriel cruising with the top down, lets the Deals’ guitars grunt and stutter over a faithful cover of Amon Düül’s 1971 classic psych-rock wheeze.

Insouciant about serious things, ascetic about frivolities, Deal forces listeners to reconsider assumptions: about length, rhymes, clarity. This is a songwriter who for “Blues at the Acropolis” thunk up the couplet, “I got the blues at the Acropolis/I kick up dirt, the men stop and hiss.” Wiggs’s bass and the Deals’s guitars respect no godhead, pay obeisance to no deity. This results in an album of uneven sequencing, which will surprise no one. But fans hunting for another “Divine Hammer” or “Overglazed” will find the second half of All Nerves a yummier experience; that’s where “Archangel’s Thunderbird” does its ominous chug, as well as a little Wiggs co-write called “Skinhead #2” which may or may not mean what it says but boasts the album’s best opening line: “I need spit to crush these beetles on my lips.” Kim as insectivore? An oblique gesture of contempt for Western civilization’s greatest purveyors of studio craft? Both? Sure.

In the closing minutes of Twin Peaks: The Return episodes, director/creator David Lynch would film a band performing at the Bang Bang Bar. Nine Inch Nails, Sky Ferreira, and Chromatics took their turns counterpointing or complementing scenes of erotic bliss and stupid violence. I can imagine the Breeders playing “Dawn: Making an Effort” in those scenes: closeups of Kim, with Wiggs’s harmonic support, as her notes ascend into a stratosphere no higher than the cigarette smoke unfurling below the ceiling. The guitars are, if such a thing makes sense, quietly distorted, each sheet of noise laid down like tile. Although the band essayed similar dry ice atmospherics on Last Splash’s murmured “Mad Lucas,” “Dawn” revels in a euphoria unmatched in the Breeders catalog. I can’t make out the words; in Lynch’s universe words return to their origins as morphemes triggering affective responses. Little about the Breeders courts the surreal; if anything, the quartet’s bang-bang enthusiasm is closer to an amiable Fauvism—they wrote a song called “I Just Wanna Get Along,” right? So if they wanted a revenue stream they can offer diegetic music like a blink-and-miss moment “Walking with a Killer.”

Whether the kids will respond to All Nerve in the era of Rhye and Parquet Courts is anybody’s guess. The Breeders’ there/not there qualities are such that unacquainted listeners will imagine what the band sounds like and they’d be right. Expedient and necessary, All Nerve is what we need now, next week, in 2023. We might have to wait that long for a follow-up.