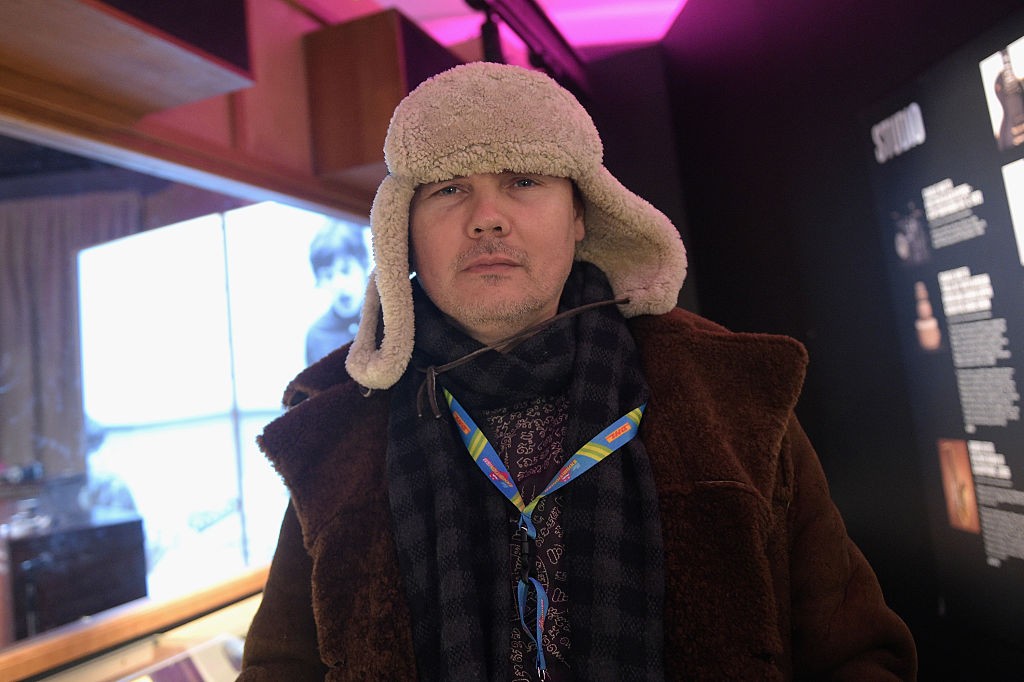 The reunited Smashing Pumpkins are the subject of a New York Times interview today—or rather, Billy Corgan is, since the famously difficult frontman reportedly “did 90 percent of the talking.” As we knew, the Pumpkins are working with producer Rick Rubin on new music, which they plan to release as two EPs comprising eight songs total. Corgan acknowledged that not all dates of the band’s upcoming reunion tour are “selling as well as I would like them to sell,” but said business is solid overall (for what it’s worth, they’ve added shows in Chicago and Los Angeles).

And there, under more ordinary circumstances, the news might end—but this is the Smashing Pumpkins, so there’s drama. The Times also spoke to former bassist D’Arcy Wretzky, who alluded to money issues behind the protracted, highly personal public spat and leaked texts that prefaced the reunion:

“He was stringing me along and using me to be able to say that it was, in fact, a reunion of all the members,” she said. “Billy can be incredibly charming and funny and fun, but when it comes to money and giving credit where credit is due and any kind of work situation, it’s not pretty.”

She added that while she was initially told she would make “millions of dollars,” there were disagreements about how the members would split the payday, with Mr. Corgan making twice as much as the others. “I really wanted to do this tour for the right reasons,” Ms. Wretzky said. “If everybody was doing it for free, I would have done it for free.”

Corgan evidently feels betrayed, saying, “I think what she did demonstrates why she couldn’t be involved” and adding that the bridge between the two is now “forever” burned.

If any part of the Wretzky feud was juiced up for publicity purposes, Corgan’s not letting on—though the former Infowars guest would like you to believe that he’s one of those actually very smart people who just happen to talk to Alex Jones for some reason. “I would say 80 percent of the things that I get held up and mocked for, I’m doing intentionally,” he said. “It’s sort of funny to me that they actually think I’m that stupid. It’s, like, yeah, I work in wrestling—I’m running you.” Lapsing into wrestling parlance, he ranked himself rock’s number-two heel, “behind Lou Reed, who’s the king.” Corgan was reportedly “testy” on the subject of President Trump, claimed he hasn’t voted in 25 years, and still managed to land a string of Brietbart buzzwords in the Times:

“I’m a free-market libertarian capitalist,” he said, adding that he had not voted since 1992, when he cast a ballot for Bill Clinton. “I’m not anti-anything except establishment. I find institutions and systems suspicious.”

Perhaps most importantly, Corgan promised an upcoming appearance on a cat magazine cover, a long-awaited sequel to his delightful 2014 turn on the cover of PAWS Chicago (“Billy Corgan’s Siamese Dream”). Does he really love us, or is he just looking for food? Read the full feature here.