Report: Obama Is in Talks With Netflix For a Production Deal 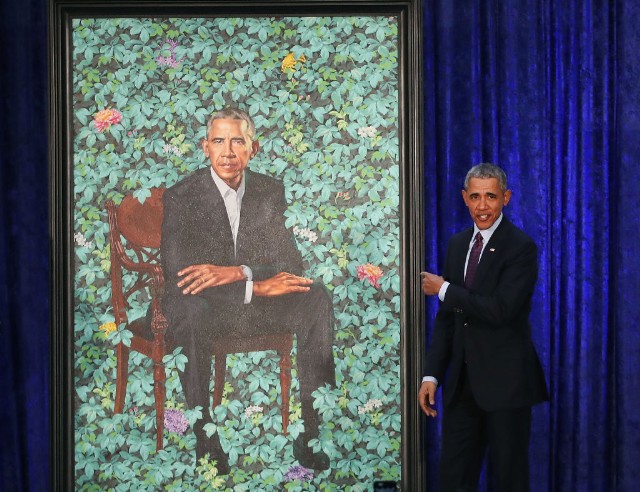 Barack Obama’s recent sit-down with David Letterman may not be his only cameo on Netflix. The former president is said to be in advanced talks with the streaming outfit to produce original series in what would be his first big move after exiting the White House in 2017.The news was first reported Thursday by The New York Times, which noted the deal was not yet final. A representative from Netflix declined to comment. The deal would also be with his wife and former first lady Michelle Obama.

Such a move would be unprecedented in media. No previous former president has ever made such a deal, instead limiting their post-White House pacts to massive book deals. It would be another coup for Netflix, as well, which has been making a concerted effort in expanding its unscripted and informational original programming after making such strides in drama and comedy in recent years.

The deal is said to be focused on series that highlight inspirational stories, not anything to serve as a direct rebuttal to current President Donald Trump or his policies. That should come as little surprise to anyone familiar with the Obamas of the last year. (The recent Obama interview with David Letterman, his first such televised sit-down since leaving office, only talked around Trump — never directly addressing him.)  Netflix is essentially a direct line of communication to 118 million global subscribers. The streaming giant has become one of the only content suppliers of its kind to release its originals on the same day in every market where it is currently available.

Obama has a massive social reach of 101 million Twitter followers, but both he and Michelle have done their more significant outreach through the Obama Foundation and its newsletter. The former president closed out 2017, a tumultuous year by any standard, with an optimistic note to followers detailing stories from three inspiring Americans.

This is not the first time that the Obamas have negotiated together since the end of Barack’s two terms as president. They previously brokered a massive $65 million deal with Penguin Random House to publish individual books about their time in the White House.

There’s no word on the price tag of the potential Obama-Netflix deal, but the streamer has proven itself ready to pony up. Its recent deal with mega-producer Ryan Murphy is said to be worth as much as $300 million.