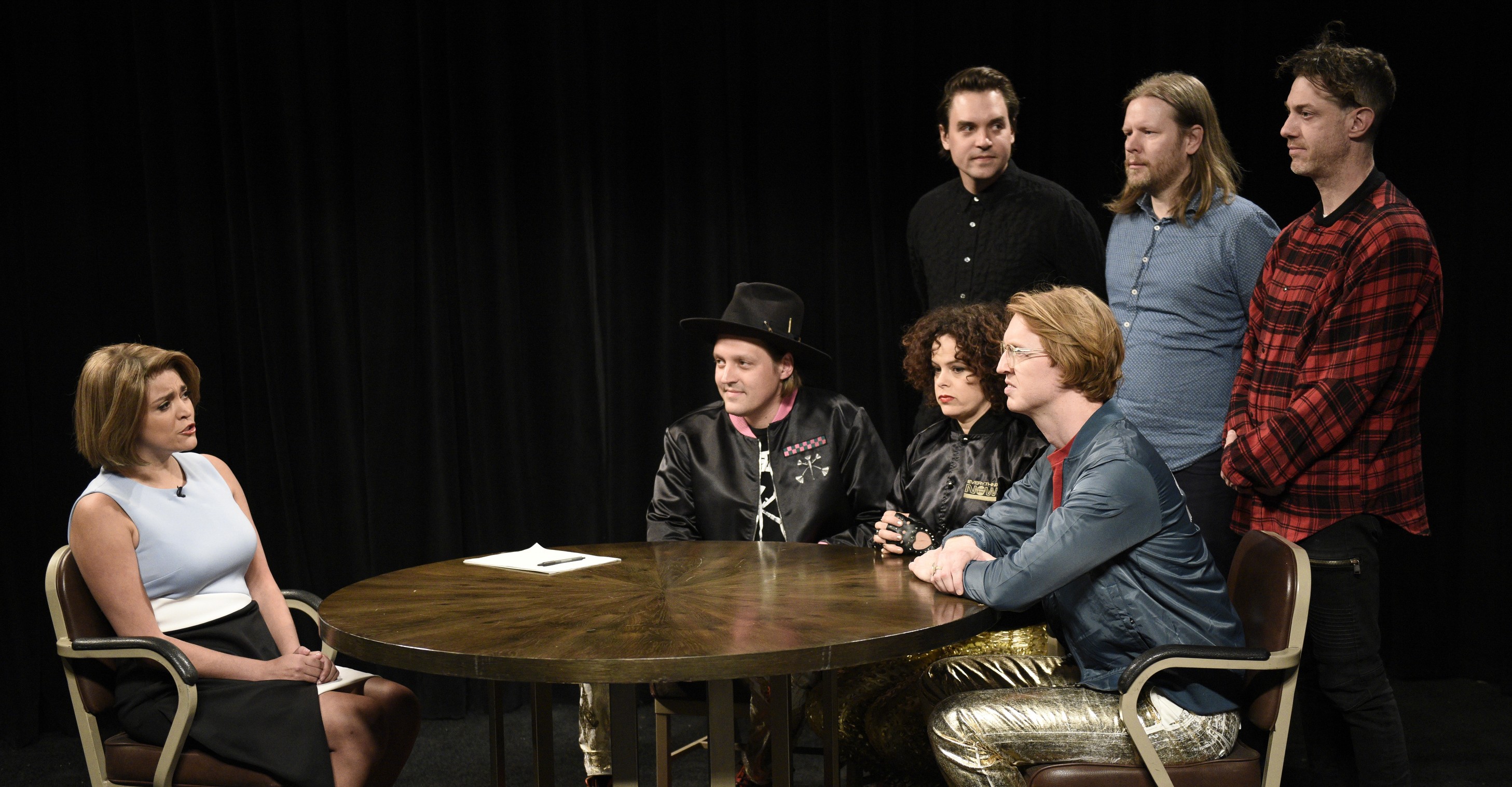 Last night, Arcade Fire joined the cast of Saturday Night Live in a new sketch poking fun at Canadians. In the skit, Bill Hader plays an apologetic “Canadian Harvey Weinstein” who resigned from his job as movie producer after backlash for comments like “You look nice today” and “What kind of sunglasses are those.” Arcade Fire apologize for working with the producer on a fake CBC talk show. Watch it all happen below and check out the band’s music performance here.