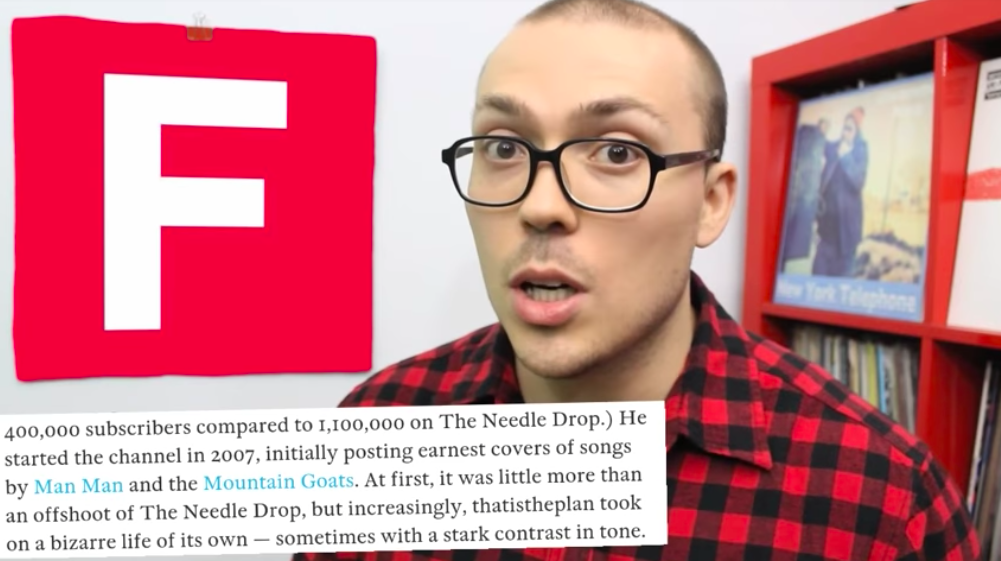 Back in October, The Fader published an article about an alternate YouTube channel that once belonged to the popular vlogger and music opinion-haver Anthony Fantano. The article cited videos posted to the since-deleted channel, called thisistheplan, in an attempt to map out Fantano’s political ideology. Fantano, who Spin profiled in November 2016, disagreed with the conclusions drawn by the writer, Ezra Marcus, as he laid out in a 21-minute long video posted three days later titled “The Fader Response.” In the video, Fantano argues that The Fader mischaracterized and miscontextualized the nature and intent of the videos on thisistheplan, as well as Fantano podcasts mentioned in the piece. Fantano’s fanbase was equally displeased, inundating Marcus with threats and verbal abuse, some of it anti-Semitic; Marcus also claims that he was doxed by those same fans.

Like any internet-based controversy, this one eventually blew over. But sometime last week, The Fader quietly deleted its article while its editors and executives were in Austin for South by Southwest. The URL for the story is still live, but the page now simply reads, “This article has been removed by The FADER.” In a brief phone conversation with Spin about the deletion of the article, Fantano said only that, “The claims have been settled.” A spokesperson for The Fader later affirmed that characterization to Spin, writing in an email, “The claims were settled.”

Neither party would elaborate on the nature of those claims. Marcus as well as Duncan Cooper, the Fader’s editor-in-chief, declined to comment any further as well.

How Anthony Fantano, aka The Needle Drop, Became Today’s Most Successful Music Critic