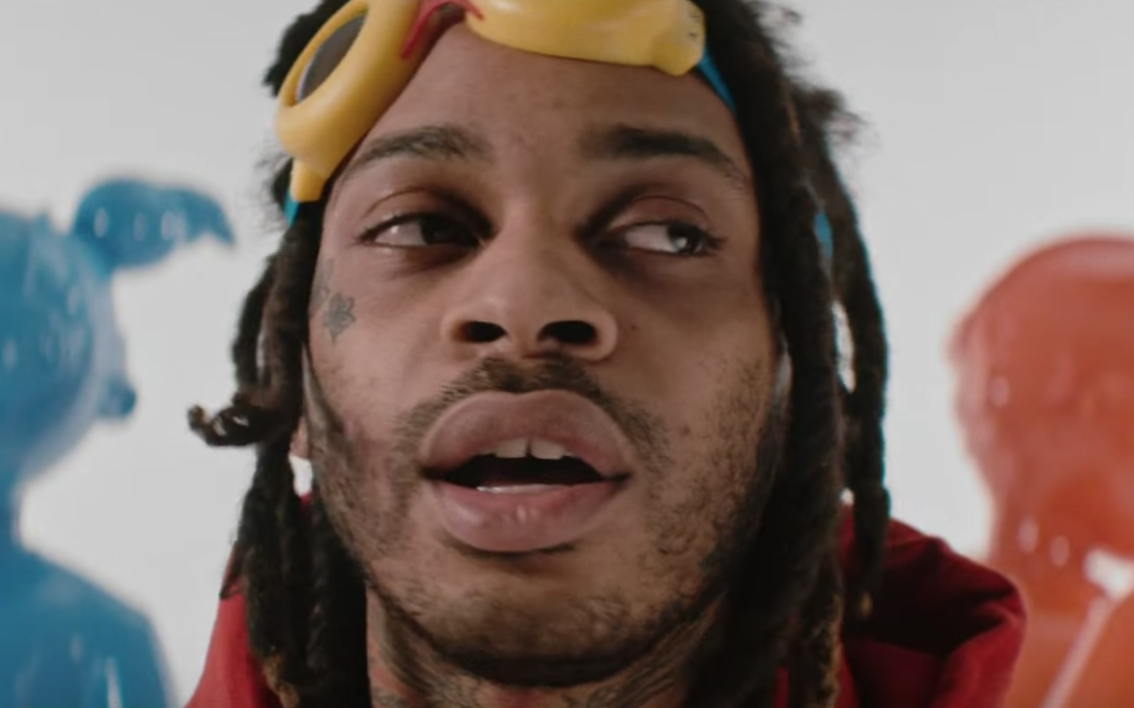 Bought a caesar salad and I put the weed in it. Tequila and lime tastes like there’s seaweed in it. These are just a couple of the great, indelible lines in Chicago rapper and producer Valee’s “Miami.” Following a string of very strong loosies and singles (see his excellent, inventive Z Money collaboration “Two 16s”) and independent projects like 12:12 Again, 1988, and Vtm, last year’s collaborative album with St. Louis producer ChaseTheMoney, Valee was signed to Kanye West and Pusha T’s G.O.O.D. Music label. “Miami,” a creeping, playful track of Valee’s first recorded in 2016, was resurrected thanks to his label’s president hopping on the remix. Now it’s gotten an accompanying visual to presage Valee’s first G.O.O.D. Music release, GOOD Job, You Found Me, which is due out this Friday. Director Hebru Brantley’s treatment is a hallucinatory interpretation of the song’s borderline surrealistic lyrics. In the end, we see Valee writhing on a beach, presumably coming out on the other side of the trip. Watch and savor Valee’s talent below.