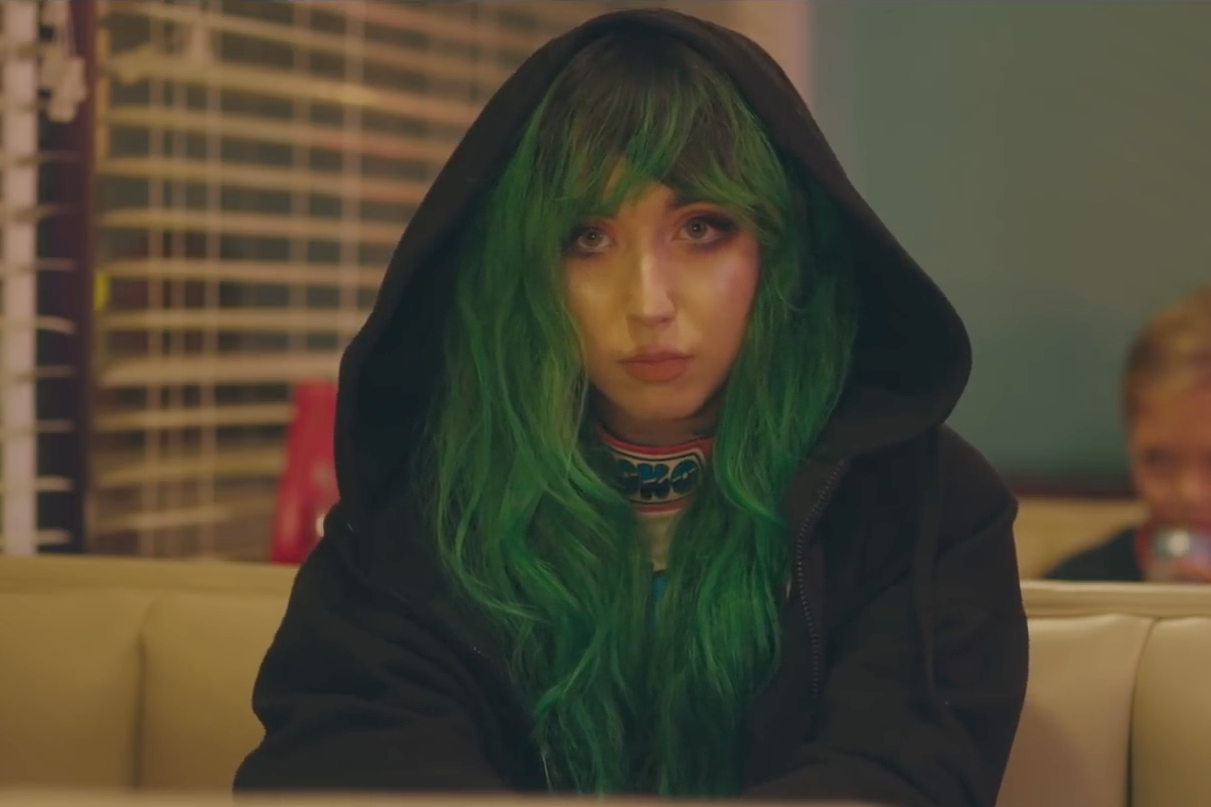 “Spotlight,” rapper/singer Lil Peep’s posthumous collaboration with EDM producer Marshmello, just got a new video starring a young woman with green hair and a future-retro late-nite diner called Crybaby’s. “Spotlight” was directed by Nick Koenig, who previously co-direced Lil Peep’s video for “Awful Things.”  In a statement, Koenig connected the video’s themes of memory and mementos to those of Peep’s friends and fans:

“Relationships have a way of overwhelming the meaning and context of physical items to the point of hijacking them. What once was just a household item might now be something that reminds us of that relationship to a point where it overpowers what that item was traditionally meant for. These objects end up developing a shared significance between those in the relationship. Like Peep’s passing, no one got to say goodbye properly but the objects he left us (his body of work both musical and social) remain ours to share in our relationship with him.”