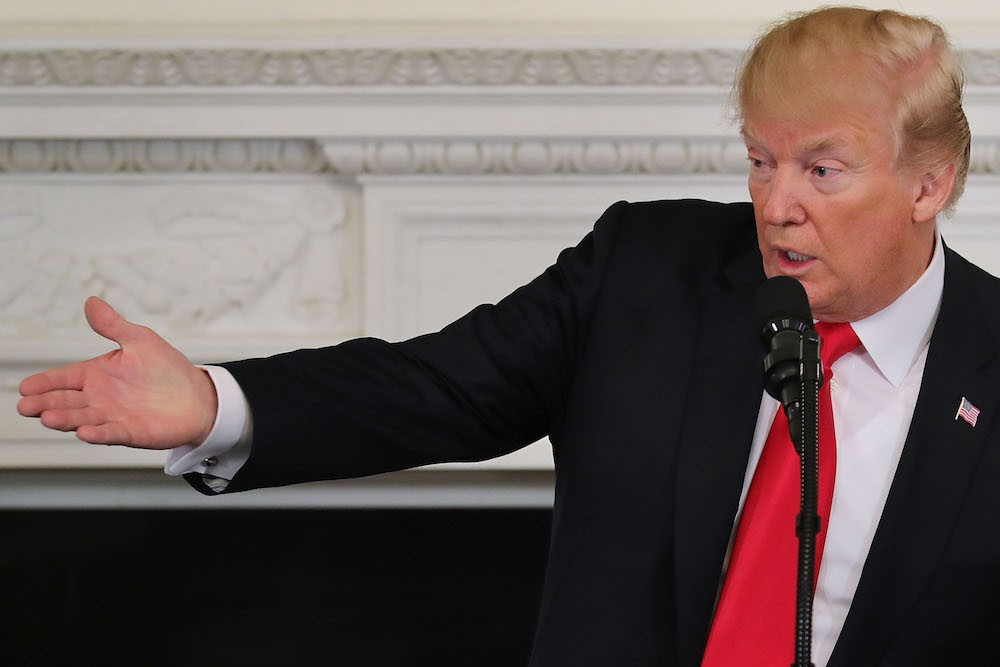 Ever since his days as a presidential candidate, Donald Trump has made a habit of dramatically reading the lyrics to “The Snake,” written by the musician and civil rights activist Oscar Brown Jr in 1968. The lyrics, based on Aesop’s fable of the Farmer and the Viper, tell the story of a woman who brings home a frozen snake she finds outside. When the snake is thawed, it bites her and kills her. Trump, naturally, has taken the song as a cautionary tale about immigrants.

Brown’s daughters, Africa and Maggie Brown, have been speaking out against Trump’s use of the song at rallies for over a year, and they’ve done so again following the president’s reading of the lyrics at CPAC last week. “It’s a political agenda that deals with separatism, racism, sexism, and it’s the kind of thing that’s polar opposite to what Oscar Brown Jr. was about,” Maggie Brown said in a new CNN interview.

Oscar Brown, who died in 2005, wrote multiple plays about black struggle as well as the lyrics to We Insist!: Freedom Now Suite, the classic 1960 album by jazz drummer Max Roach, which took the civil rights movement as its subject. Despite his evident enthusiasm for “The Snake,” Trump doesn’t seem like much of a dedicated fan: in a 2016 campaign rally (which you can watch below) he credited the writing of the song to Al Wilson, who recorded a well-known cover, and said it was from “the 1990s,” decades after even Wilson’s version was released.

On CNN, Africa Brown pointed out that Trump, not the immigrants he demonizes, “is the living embodiment of the snake that my father wrote about in that song.” Watch the interview here and hear Brown’s original “The Snake” below.