Trump on Ex-Staffer Accused of Abusing Two Women: “He Did a Very Good Job…We Hope He Has a Wonderful Career” 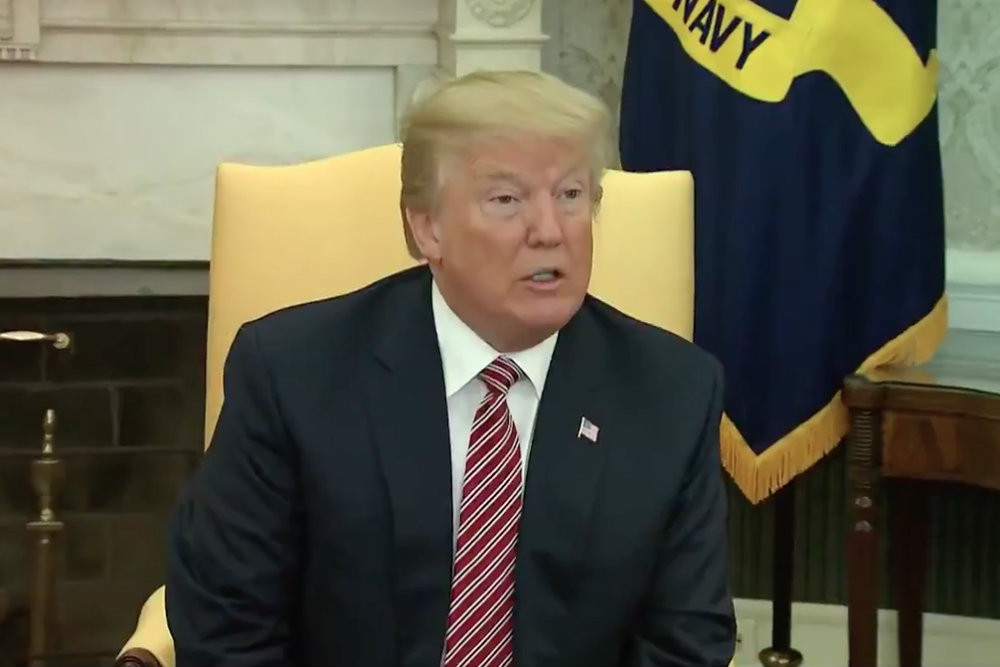 President Trump finally broke his silence on the scandal involving former staff secretary Rob Porter’s alleged domestic abuse of his two ex-wives. While speaking to reporters in the Oval Office on Friday, Trump heaped praise upon the former aide and added that White House staff was “very sad” to learn of the allegations, which include Porter’s first wife Colbie Holderness accusing Porter of punching her in the face. The Intercept published a picture of the black eye she says Porter gave her while the two were on vacation.

“He did a very good job while when he was in the White House,” Trump said of the former aide who was denied a full security clearance because he reportedly didn’t pass the FBI background check. “And we hope he has a wonderful career and he will have a great career ahead of him.”

BREAKING: “We wish him well. He worked very hard,” President Trump says in defense of resigning White House staff secretary Rob Porter, who faces domestic abuse allegations, adding that Porter did “good job” while he was in the White House. pic.twitter.com/wbhUy0egGm

Trump then defended Porter against the accusations, which include punching and choking his first wife Colbie Holderness and dragging his second wife Jen Willoughby out of the shower to scream at her.

“He says he’s innocent, and I think you have to remember that,” Trump said. “He said very strongly yesterday that he’s innocent.”

Trump did not acknowledge the women who claimed to have suffered physical violence from Porter. He joins chief of staff John Kelly and White House press secretary Sarah Huckabee Sanders in publicly praising Porter after allegations of abuse surfaced on Tuesday night.

Here is Trump’s statement in its entirety:

President Trump on Rob Porter: “We hope he has a wonderful career… He also, as you probably know, says he’s innocent, and I think you have to remember that.” Full comment, via @JonEasley: pic.twitter.com/prEP8feaH1