Stormzy at 2018 BRIT Awards: “Yo, Theresa May, Where’s the Money for Grenfell?” 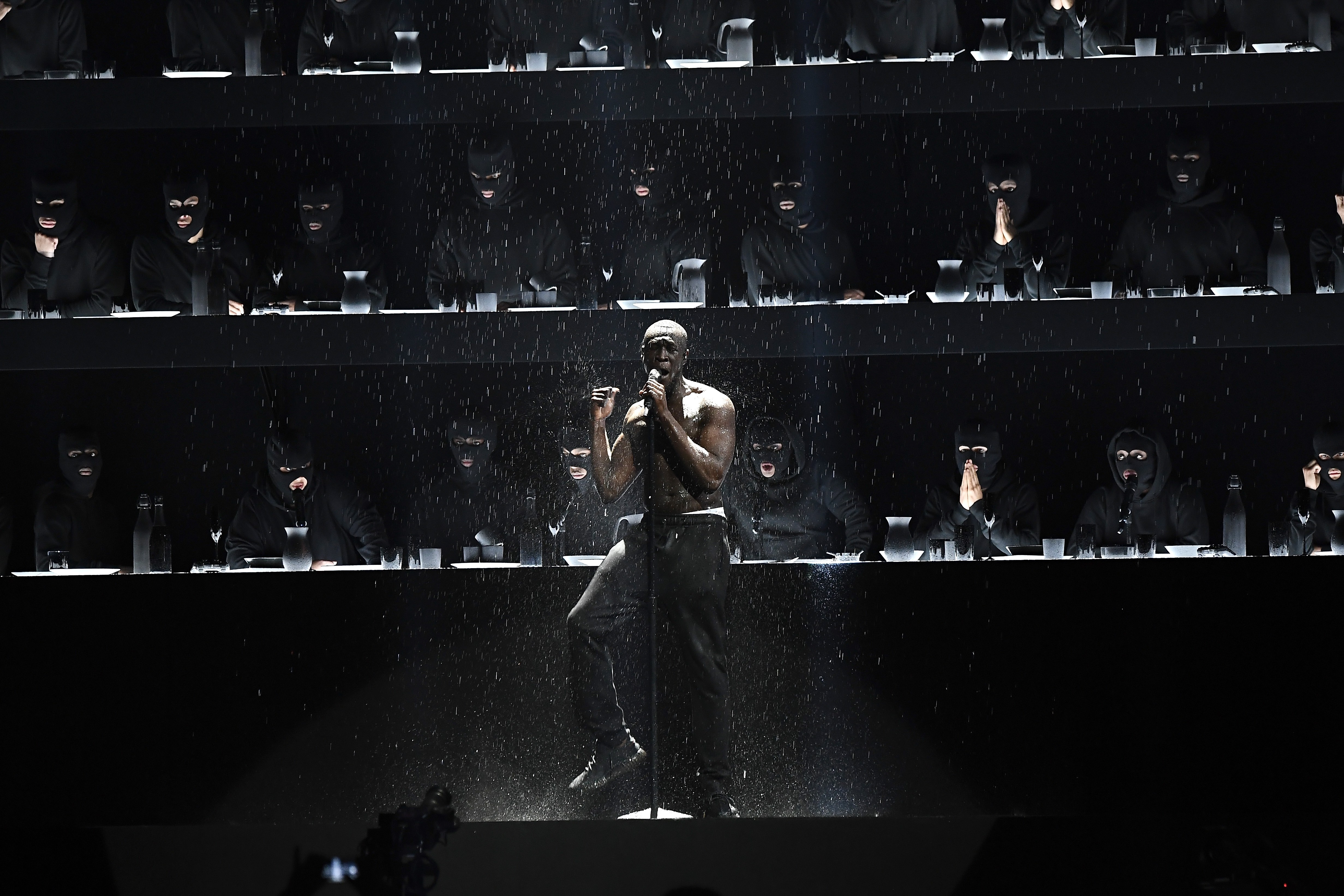 Grime artist and social activist Stormzy was the big winner at today’s 2018’s BRIT Awards. The musician took home awards for Male Solo Artist and Album of the Year for last year’s Gang Signs & Prayer, beating out deep competition from Ed Sheeran, Dua Lipa, and J Hus. He also used his moment to make a statement on behalf of the victims and survivors of the Grenfell Tower tragedy last June, during which an intense fire took over London’s Grenfell public housing block and claimed the lives of 71 residents. (The fire is thought to have been accelerated by the poor construction material used for the exterior of the building, and which is common for public housing.)  In the months following, Stormzy has criticized Prime Minister Theresa May and the government for their handling of the fire’s aftermath and the role racism has played in the response and the initial care of the towers. He previously participated in a collaborative tribute song to raise money for the victims and has spoken up about it publicly during sets at the Glastonbury festival and the GQ Awards.

His appearance at the BRIT Awards was no different. Stormzy ended his night of personal wins with a powerful performance in which he challenged government negligence around Grenfell and racism touted by Daily Mail newspaper. After explicitly calling out Theresa May–“Yo Theresa May, where’s the money for Grenfell?”–he went into a freestyle on the topic. “You criminals, you got the cheek to call us savages / you should do some jail time, you should pay some damages / we should burn your house down and see if you can manage this.”

Watch a clip from Stormzy’s performance below: