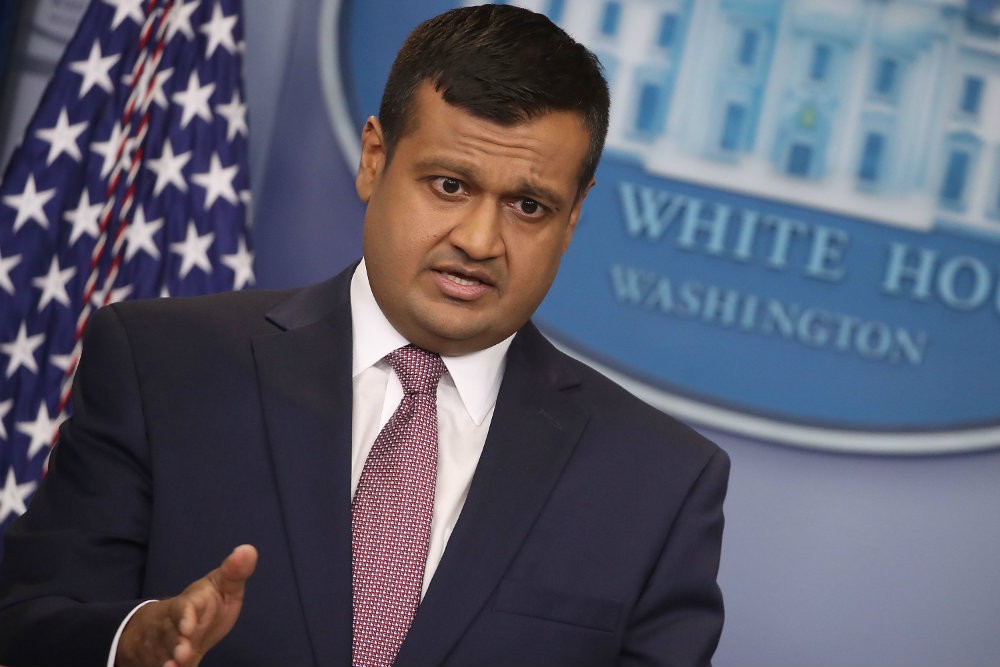 White House Deputy press secretary Raj Shah had the unenviable task of answering for the Trump administration’s response to domestic violence accusations against staff secretary Rob Porter during Thursday’s press briefing. In addition to the difficult time Shah had nailing down a consistent narrative regarding what senior White House staffers knew about the abuse allegations and when, he also had a hard time confirming if Porter resigned of his own accord or if he was fired.

During Wednesday’s briefing, White House press secretary Sarah Huckabee Sanders claimed that Porter made the decision to leave on his own. “I think it was a personal decision that Rob made and one that he was not pressured to do,” Sanders said after reading a statement where Porter denied his ex-wives claims.

At today’s briefing, Shah responded to a reporter’s question on the circumstances under which Porter left by saying that he “was terminated yesterday” and that “his last day was yesterday,” and that he only showed up to work today to pick up his stuff. This is contrary to the initial White House position that Porter was sticking around for awhile to ensure a smooth transition to his successor. When pressed, Shah, in the same breath, claimed Porter “offered his resignation and it was accepted.”

Raj Shah said Rob Porter was “terminated,” and then 15 seconds later he said he resigned pic.twitter.com/tYSm992pwG

Later in the briefing Shah tried to cover for the inconsistency by claiming that he uses the term “terminated” as an umbrella term for when anyone leaves a job, no matter what the circumstances, even though it’s most commonly used when someone is fired.

In fairness, there were a lot of conflicting details that Shah had to keep straight, like the White House’s position that chief of staff John Kelly just “became fully aware” Porter’s alleged history of abuse last night despite reports that Kelly knew about the protective order Porter’s second ex-wife filed against him because his history prevented the former staff secretary from attaining the security clearance necessary to handle classified material. Perhaps that’s why Shah, who was filling in for Sanders, was almost three hours late to the briefing.

The White House briefing was supposed to start at 1

Trump on Ex-Staffer Accused of Abusing Two Women: “He Did a Very Good Job…We Hope He Has a Wonderful Career”