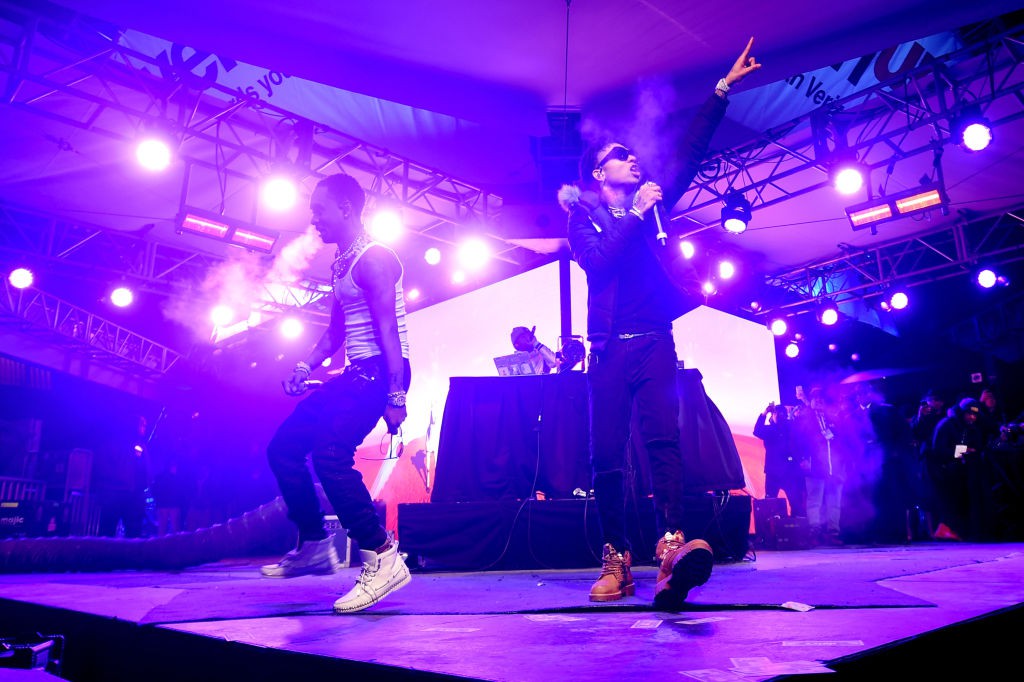 The release of Rae Sremmurd’s third album seems to be impending, and though no date has been confirmed, the group has released the first single from the project, “T’d Up.” They previewed the song, co-produced by the group and Metro Boomin, by performing it at Super Bowl Live this weekend in Minneapolis. The track is also being used as part of an upcoming NBA ad campaign. Producer Mike WiLL Made-It revealed details about the duo’s new album on the Grammys red carpet, explaining that the project was a triple-disc effort, featuring a collaborative LP called SR3MM, a Swae Lee solo project called Swaecation, and Slim Jxmmi’s Jxmtroduction. Listen to “T’d Up” below.