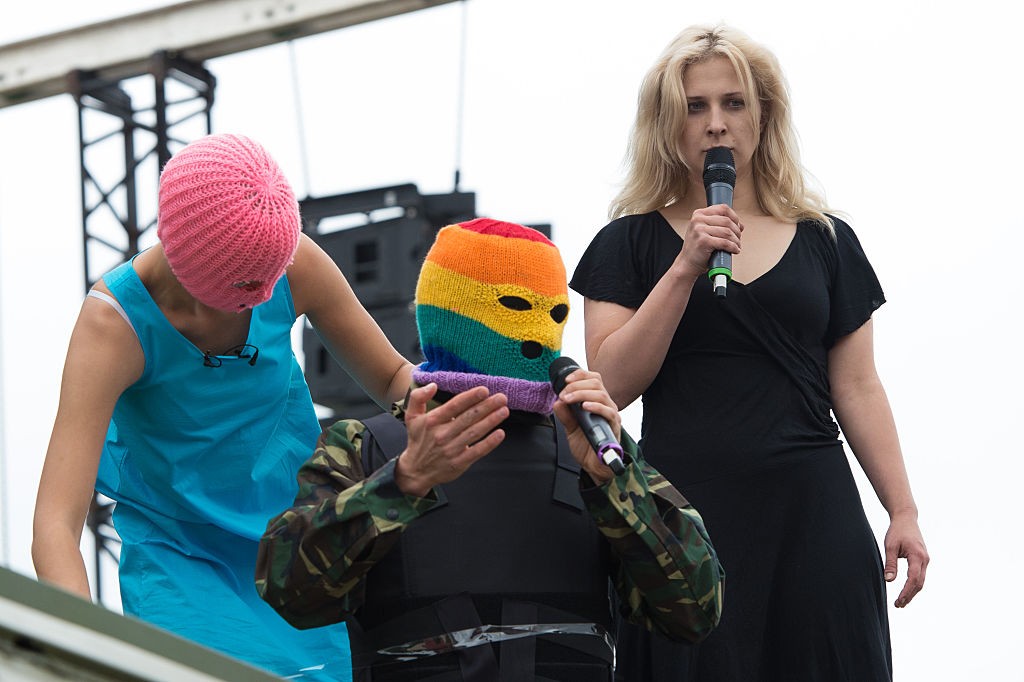 A Radio Free Europe report yesterday noted that, for undisclosed reasons, three members of political punk band Pussy Riot had been detained by authorities upon their entry into Crimea on Sunday. While no connection has been confirmed, RFE notes that the group demonstrated outside of a Siberian prison on behalf of Crimean film director Oleg Sentsov, who was imprisoned there after being convicted of terrorism charges in 2014, in August. Two of the recent detainees in Crimea, Maria Alyokhina (who was subsequently released) and Olga Borisova, were both detained during the August protest as well.

Today, Pussy Riot posted a public message on Twitter alleging that Borisova and another member of the group, Sasha Sofeev, are “missing.” “FSB [Russian police] detained them several times,” the post reads. “Yesterday cops broke their phones and computers. We can not reach out to them.”

Borisova was in touch with RFE as a source for their article before her apparent disappearance. A Crimean lawyer told an RFE correspondent yesterday that Borisova had been brought to the police for alleged medical tests after being picked up by the FSB.

FSB detained them several times. Yesterday cops broke their phones and computers. We can not reach out to them.

We don’t know what has happened to them. pic.twitter.com/6pRtgCIbi3

Update (11 a.m.): In a follow-up post, Pussy Riot says Borisova and Sofeev have been “found” and are “safe now.” It’s still not clear why they were detained.

we found Sasha and Olya. they were detained several times but safe now.

thank you for your help!!