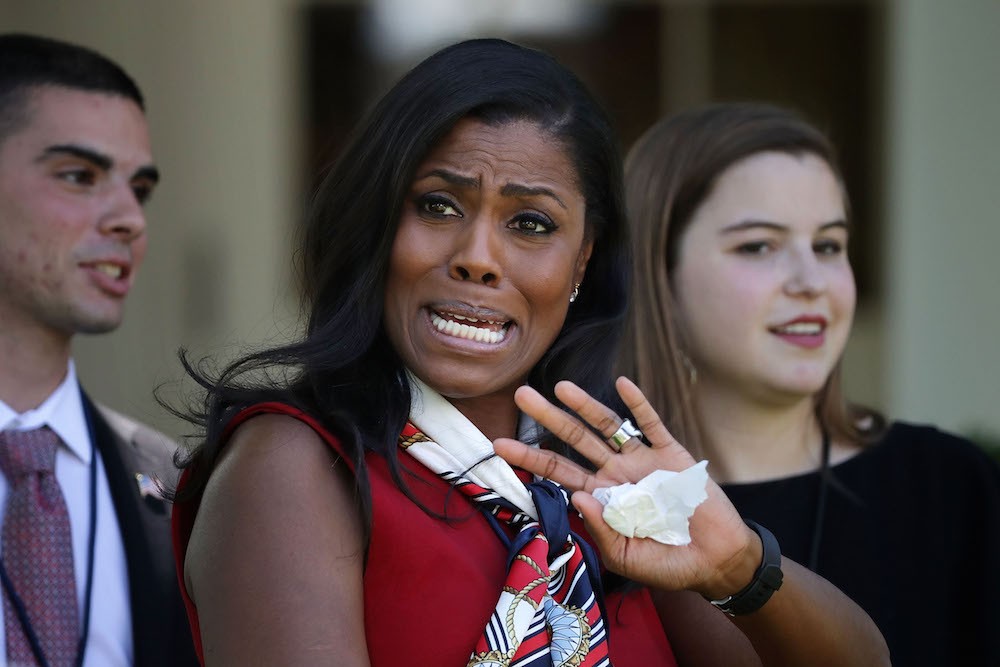 Reality star turned White House aide turned reality star Omarosa Manigault is currently a contestant on Celebrity Big Brother, and in the Trump era, even that’s not a reliable source of low-stakes entertainment free from existential anxiety. In a trailer for tonight’s episode, Manigault confides in housemate/TV personality Ross Mathews about the terror and isolation of the Trump White House: “I was haunted by tweets every single day, like what is he going to tweet next?” she says. “It’s not my circus, not my monkeys, I’d like to say ‘not my problem,’ but I can’t say that because… it’s bad.” Mathews presses for reassurance that everything is going to be okay, but Manigult cryptically replies: “No, it’s going to not be okay. It’s so bad.”

The best part of this clip is when Manigault explains she took the White House job in order to serve her country, not out of loyalty to Trump, and Mathews cannot help but roll his eyes. Watch below.