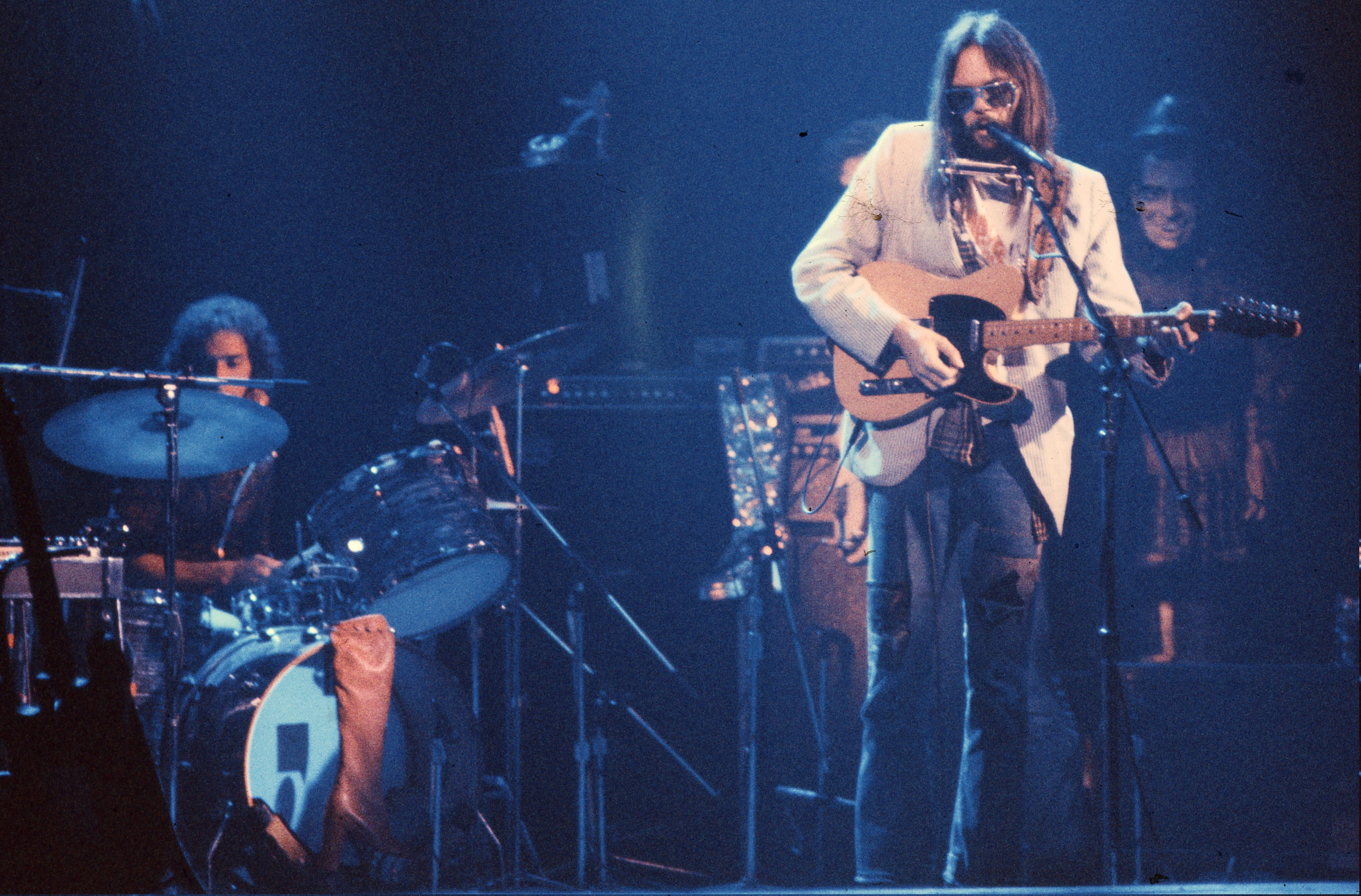 Neil Young has shared new details about his upcoming live album Roxy – Tonight’s the Night Live, a much-anticipated recording from a series of performances at the Roxy Theatre in Los Angeles between September 20-22, 1973. Young performed with his band the Santa Monica Flyers, delivering Young’s album Tonight’s The Night “top to bottom, without the added songs, two sets a night, for a few days,” according to Rolling Stone. Produced by Young alongside the late David Briggs, the live album will be released as a Record Store Day exclusive on April 21 before standard vinyl, CD, and digital versions hit shelves one week later. Young’s most recent album The Visitor was released in November. Earlier this month, he announced that he’d be starring in a Daryl Hannah musical western alongside Willie Nelson.