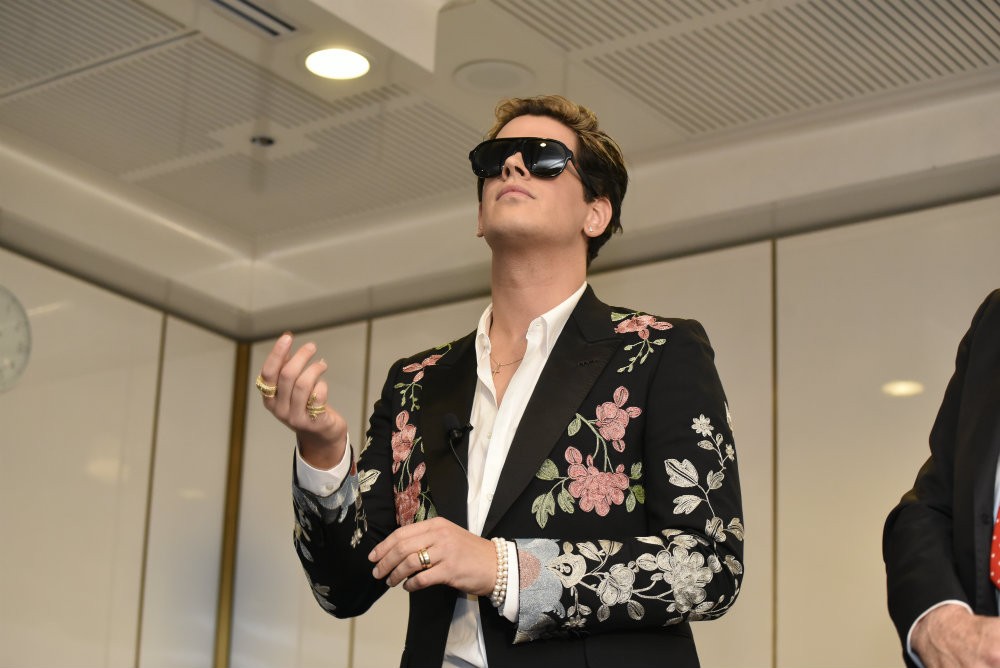 After a disastrous turn serving as his own legal counsel, alt-right poster boy Milo Yiannopoulos dropped his $10 million lawsuit against Simon & Schuster, The Bookseller reports. The tiresome contrarian initially sued the publishing house for voiding its book contract with Yiannopoulos after comments surfaced where the former Breitbart tech editor seemed to endorse pedophilia. By the time Threshold Editions, S & S’s conservative imprint dropped Yiannopoulos, they had already paid him $80,000.

“We are pleased that Mr Yiannopoulos’ lawsuit has been withdrawn, with prejudice, and with no payment from Simon & Schuster,” a rep said.  “We stand by our decision to terminate the publication of Mr Yiannopoulos’ book.”

Last month, Yiannopoulos opted to represent himself after his lawyers experienced what they described as “a breakdown in the relationship” with their client. That move quickly backfired.

In December, a particular brutal round of editing notes on Yiannopoulos’s Dangerous manuscript leaked, which Simon & Schuster reportedly used to prove that the book was  “unacceptable for publication.” Although editor Mitchell Ivers was essentially trying to launder Yiannopoulos far right extremist views into a book palatable for airport bookstore browsers, it’s worth going back and reading to see Yiannopoulos’s juvenile and inept writing get thoroughly roasted.

MTV Won’t Say How Milo Yiannopoulos Got Into the VMAs

Why Was Milo Yiannopoulos at the VMAs?