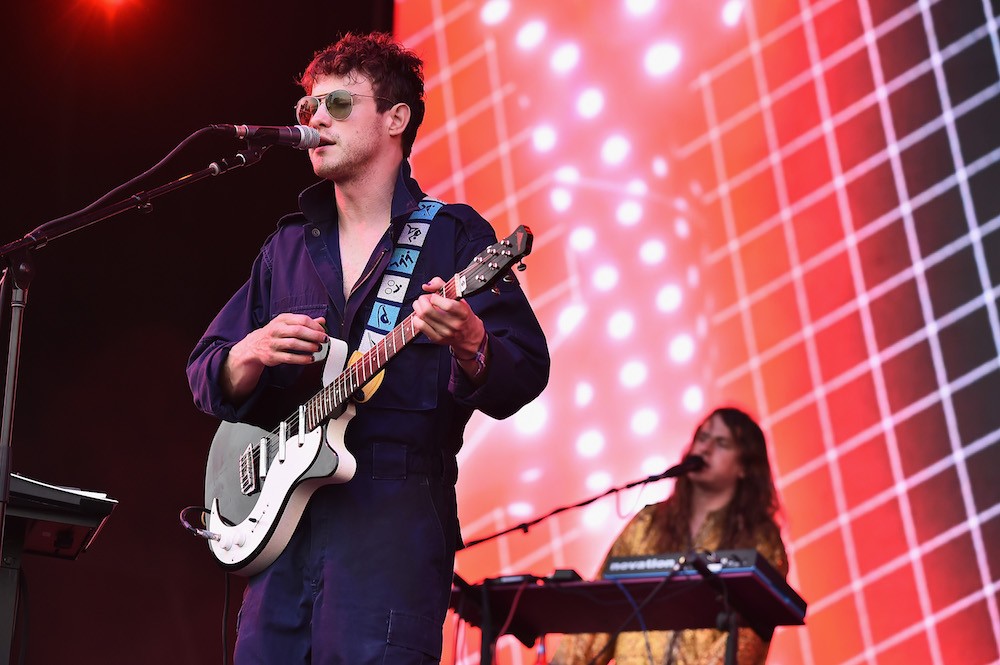 Contrary to popular belief, MGMT didn’t lose their ability to write a good chorus after Oracular Spectacular. True, they’ve never quite swung for the fences the way they did when they had nothing to prove. But as strange as the surrounding material may sometimes be, each subsequent record contains at least a small handful of straightforward gems. It’s just that the sounds Andrew VanWyngarden and Ben Goldwasser have favored in the intervening years—pastoral psych-folk, gently swaggering T. Rex homage, whatever you call the little-kid lead vocals on “Alien Days”—aren’t quite as party-friendly as the exuberant electro of their debut.

They’re back to synthesizers on their newly released fourth album Little Dark Age, but it’s far from an Oracular sequel—there are far too many Ween-y wisecracks and compositional left turns for that. True to form, though,  VanWyngarden and Goldwasser have snuck a few tightly constructed tunes in amongst the oddballs. The best of these is “Hand It Over,” the wistful soft-rock cut that closes Little Dark Age. Like the gorgeous album-ending title track of 2010’s Congratulations, it finds the band suddenly and convincingly contemplative, patiently unspooling a groove. VanWyngarden’s vocal recalls the imaginary rock star narrator of “Time to Pretend.” He’s taking stock of his career’s sad final act, somewhere between divorcing the models and choking on his own vomit, maybe having some trouble with his record label: “The deals we made to shake things up / And the rights that they abused / Might just fuck us over / But the doors won’t shut / Until they’re sure there’s nothing left to use,” he sings, sounding more resigned than angry about the exploitation.

There’s nothing flashy about “Hand It Over.” It has neither the stadium-ready sonics of Oracular Spectacular nor the headphone-candy details that have sprinkled each album since then. Its melody is deceptively simple and compact. But if you’re willing to meet the song on its own terms, you’ll find that VanWyngarden and Goldwasser haven’t lost their touch.