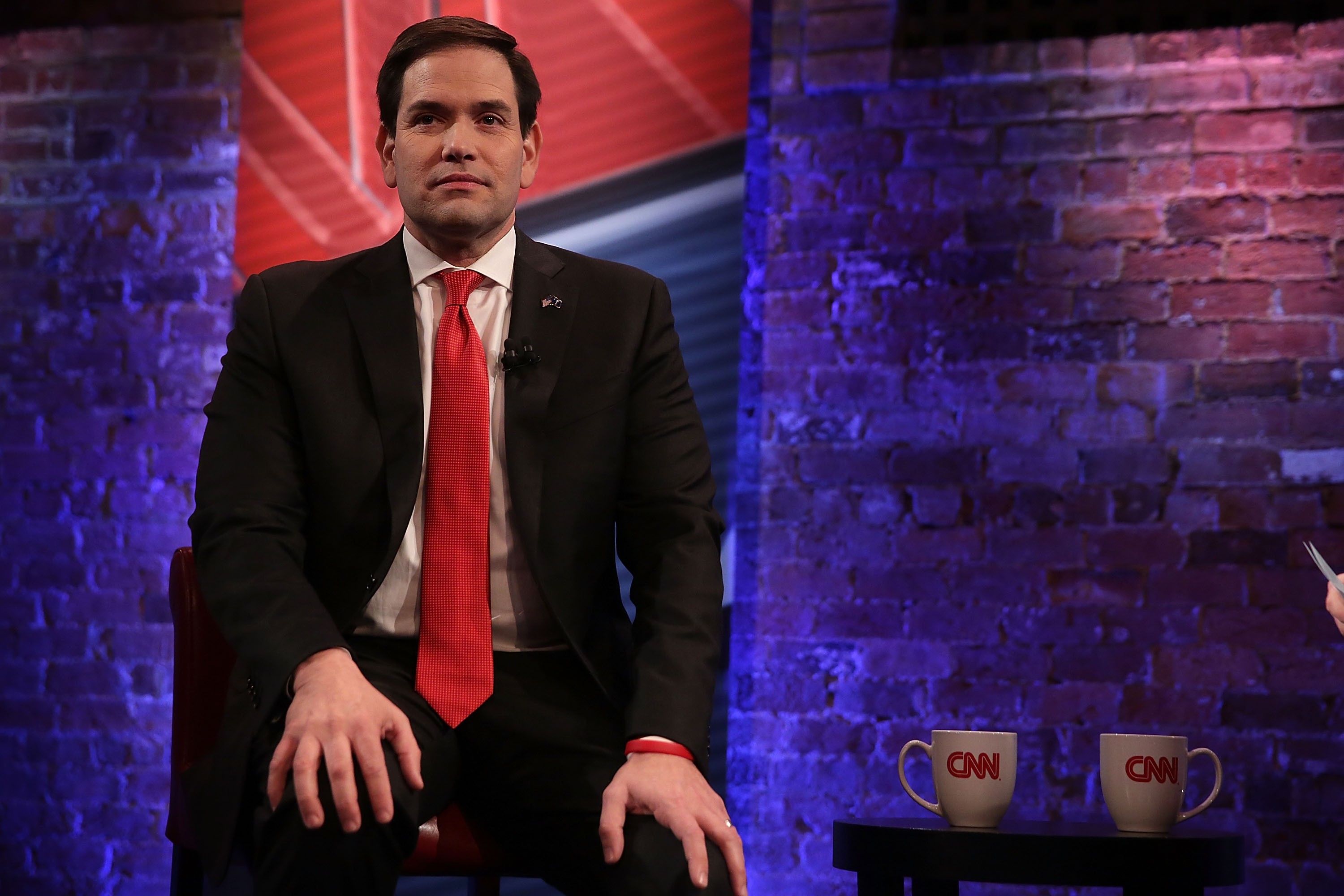 Following a devastating high school shooting at Parkland, Florida’s Stoneman Douglas High School last week–when 17 kids were killed by a student with a AR-15 rifle–CNN gathered local parents, students, and their state representatives for a live broadcasted Town Hall. Congressman Ted Deutch, Sen. Bill Nelson, and Sen. Marco Rubio were questioned directly by the student survivors that have been actively challenging the government in the news and in protest on issues of gun control and student safety in the wake of the incident.

During the two hour meeting, Florida’s representatives feet were held to the fire over their failures to prevent mass murders like this, but none more than Marco Rubio, who has taken millions in donations from the NRA since his first year as a senator. Fred Guttenberg, whose daughter was killed in the shooting, asked an especially significant request of Rubio. “Look at me and tell me guns were the factor in the hunting of our kids,” he said to the senator. “And that you will work with us to do something about guns.” To this, Rubio responded that if he “believed a law [banning assault rifles] would’ve prevented the murders” he would support it but that he couldn’t say that.


Multiple students who survived the attack also asked Rubio to come out and say that there’s no reason that high magazine guns should be available to the public, with a student named Cameron Kasky asking Rubio directly, “Can you tell me right now that you will not accept a single donation from the NRA?” Despite the impassioned statements delivered and anger in the air, Rubio stuck to his major talking points and dodged a direct answer. Instead, he said he “supports the second amendment,” and suggested that “gun violence restraining order” laws and higher age limits for buying rifles were the solutions at hand. He unconvincingly doubled-down by saying organizations like the NRA “buy into his agenda” for gun safety and refused to acknowledge the calls for the elimination of assault rifles outright.

Rubio’s awkward handling of the student’s questions were met mostly by jeers and ire from the audience, with the young students calling him “weak” and “pathetically weak” on this issue. By the end, the senator was willing to say that he’d like to consider the ideas brought forth by the students while reassuring them that democracy can still work. Rubio was a politician in a crowd that wanted a human being, and for that he seemed to crash and burn.

Watch video of Kasky and Rubio at the town hall below: