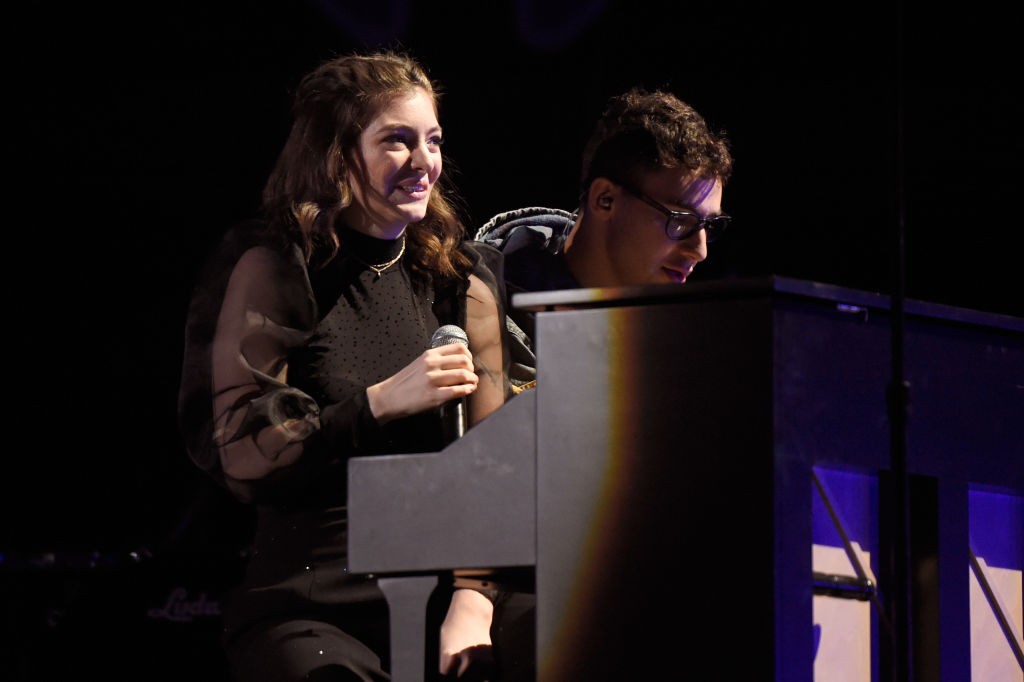 Jack Antonoff says he’s not dating anyone, and now Lorde says she’s not dating Jack Antonoff. The singer addressed fans via Instagram Live on Thursday wearing a hotel towel (because “I’m very lazy, that’s why”). Much of the chat focused on Lorde’s tour plans, favorite crafts, and current reading material: Joan Didion, Mallory Ortberg, a 2000 New Yorker piece on Lucinda Williams. She liked Lionel Shriver’s The Standing Chandelier, she said, because “it was very interesting to hear about a close, platonic male-female friendship, and one of the parties gets into a relationship and doesn’t know how to handle that—always a subject I find interesting.”

Oh, and she’s not dating Jack Antonoff! In response to a fan question, Lorde responded: “Guys: Never. No. Jack and I are not dating. For the last time. But I love him, he’s awesome. But we’re not dating. Please!” You can watch Lorde’s full Instagram Live chat below.