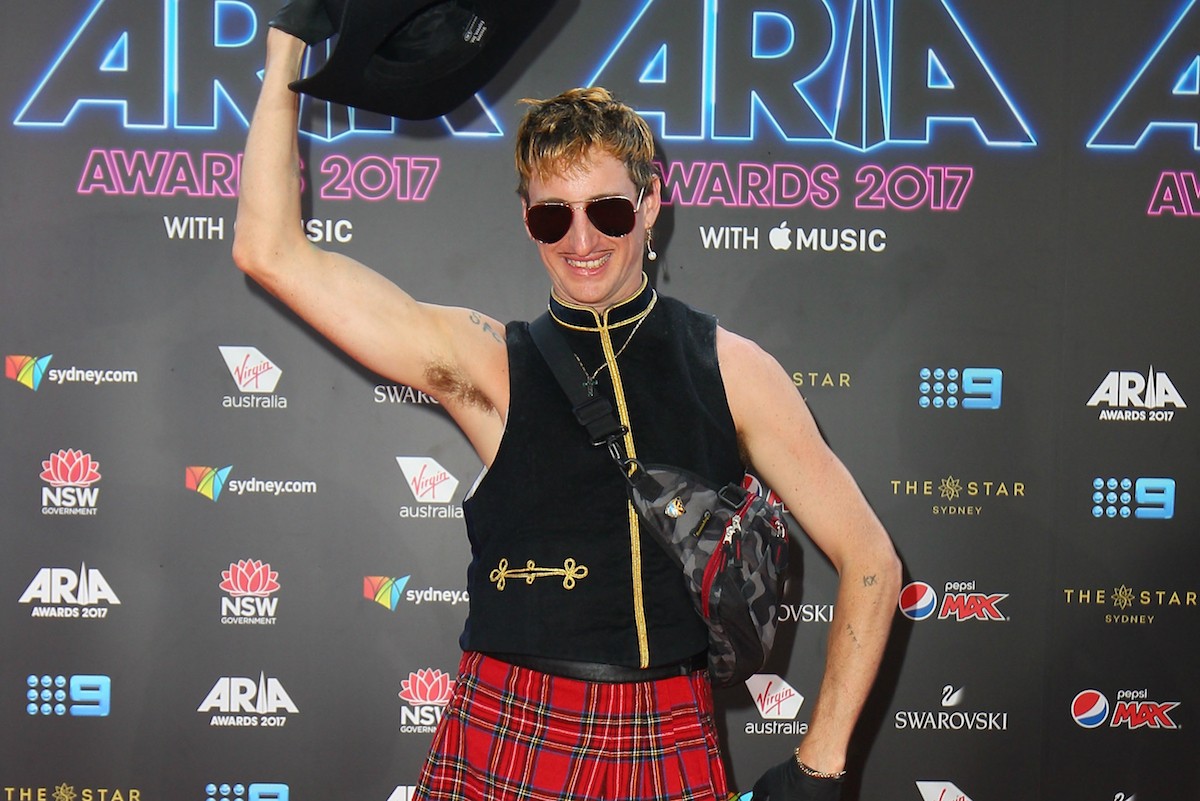 Australian indie musician Kirin J. Callinan has pled guilty to a charge of willful and obscene exposure but will avoid conviction in last year’s kilt-lifting incident at the 2017 ARIA Awards, the Sydney Morning Herald reports. Callinan came in for heavy criticism—and eventually a criminal charge—after flashing his dick at red carpet photographers during Australia’s national music awards last November. His sentence is a 12-month “good behavior bond,” meaning he will not have a criminal record, but must promise not to re-offend for a given period of time.

Callinan’s lawyer Christian Hearn reportedly claimed the flashing was not premeditated, and that Callinan was provoked by photographers who’d suggested that he “flip his kilt.” “He did it as an error of judgment, he did it in a jovial mood. He did not do it to shock anybody,” Hearn said.

The judge seems to have accepted that defense, noting that Callinan was “egged on” and had already “suffered some reputational damage” as a result. Callinan was removed from the lineup of Australia’s Laneway Festival following the incident. In addition, Hearn said, Callinan lost an opportunity to perform in Russia for the 2018 World Cup and an unspecified project with Amazon.

Read our November feature on Callinan, “What Exactly Is Going on With Kirin J. Callinan?,” here.

What Exactly Is Going On With Kirin J. Callinan?