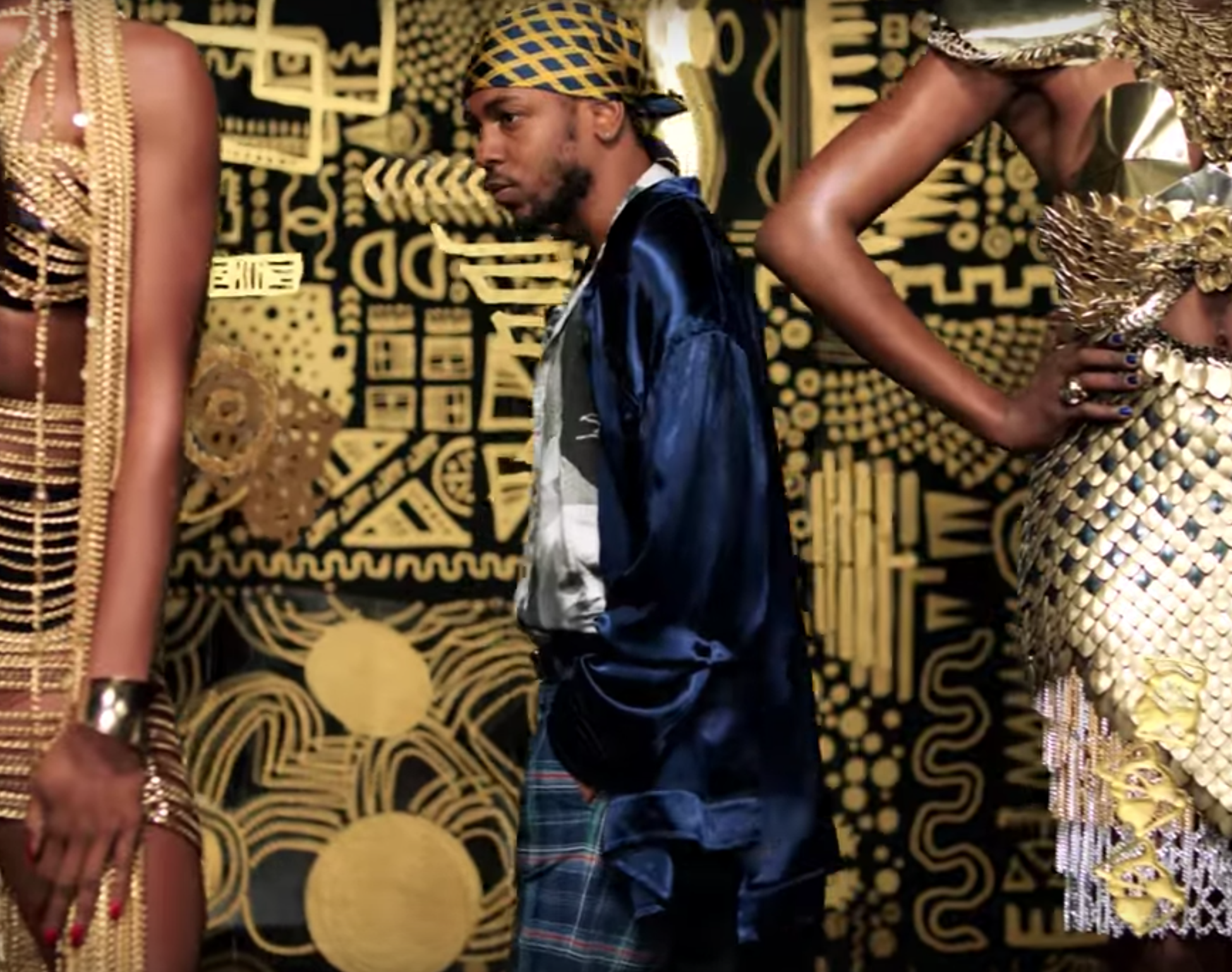 Kendrick Lamar and SZA are reportedly being sued by British-Liberian artist Lina Iris Viktor, who claims her artwork was used without permission in the video for the Black Panther soundtrack single “All the Stars.” Last week, The New York Times reported that Viktor claimed that Marvel representatives had requested use of her series of “Constellations” paintings in November 2016 and December 2017, and that she had refused both times. Viktor’s lawyer Christopher Robinson allegedly sent TDE’s Anthony Tiffith a letter on February 10, alerting him to the video’s copyright infringement and requesting a discussion of “a resolution of all her claims, consisting at a minimum of a public apology for the unauthorized use and a license fee.”

Now TMZ reports that Viktor and her team are suing for damages in court. According to the gossip site, court documents allege that the video borrows “specific copyrightable elements” from her paintings, including “stylized motifs of mythical animals, gilded geometric forms on a black background, and distinctively textured areas and patterns.” The suit seeks to ban Lamar, SZA, and TDE from promoting the video using the borrowed artwork.

In a statement to Pitchfork, Viktor’s lawyer said: “We tried to resolve this without litigation. Now that we are in Court, we are confident that Ms. Viktor will prevail.” In a recent Facebook post, Viktor wrote that she was “seeking justice.” Spin has reached out to representatives for Viktor and to TDE’s team for comment.

Update: Spin has confirmed that the case has been filed in district court in the Southern District of New York.