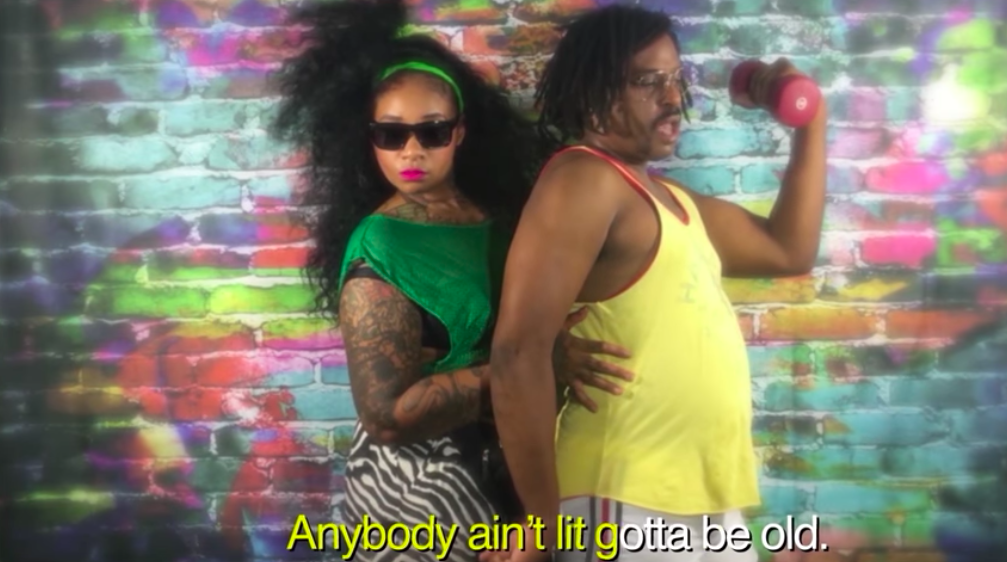 A bumping bassline builds out the backbone of “Gold Purple Orange,” the latest single from Jean Grae and the Detroit-based rapper Quelle Chris, pulled from their new album Everything’s Fine. The recently engaged couple coast on a natural chemistry bubbling with sardonic wit and steeped in an incisive, humanistic appreciation for humanity’s quirks and idiosyncrasies. Leaping from issues of racial socialization to the tired exiling of nerdy kids to self-esteem and confidence, “Gold Purple Orange” covers a lot of ground in its near six-minute runtime. At once, the instrumentation is both bouncy and ominous, with synthy organs and a reverberating sax adding bright notes to the foreboding bass. From the jump, Grae and Chris are invested in debunking a wide range of assumptions we’ve grown to accept as pathologies. Chris sarcastically drops his two cents on the divisiveness in today’s racially-politicized conversations, rhyming: ”Everybody young nigga got a deadbeat dad / Every independent lady attitude trashy.” Chris’ intonation and elongated syllables gets across the idea that he’s seriously joking even if he also seems too sad to laugh.

Grae’s long-winded second verse is teeming with a similar facetious tone even if her message is a bit more encouraging. She poetically laps one loopy line on top of another with precise enunciation. Her verse plays with the nation’s historic fascination with identity: “Identity crisis, coming later / Vices, are coming even later prices for a life lived / Without life built, for the right price guilt / ‘Cause you can be the things they say and get killed.” As urgently real as it seems, Grae still breaks off some knowledge about the relationship between struggle and an understanding of self. “With difficulty comes learning,” she begins, “where typically those exposed to less burdens / Can flourish without knowing themselves.” Grae’s verse leans into the harmful effects that privilege plays on those enveloped within it, and it’s her polish that holds attention even amidst the density of her verse. But the duo join together for the bridge, with their harmonies offering a balm for anyone sweating through their lyricism.