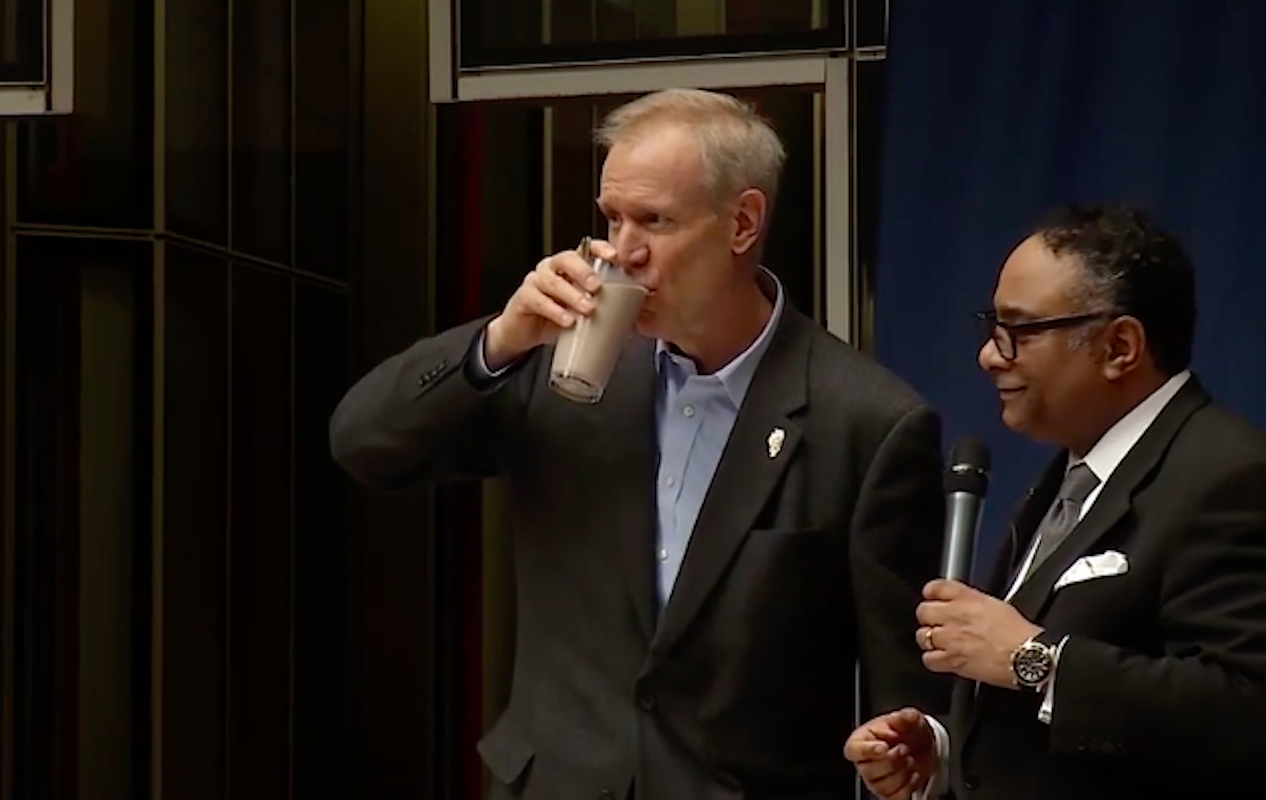 In a move meant to signify the power of diversity, Illinois Governor Bruce Rauner drank a glass of syrupy chocolate milk during a Black History Month event held on Wednesday in Chicago. The metaphor, however, did not go down smooth.

Rauner, who governs one of the most diverse states in the country, was present at the Chicago Thompson Center for an annual workplace diversity event. He was summoned to the stage by Hyatt Hotels diversity and inclusion executive Tyronne Stoudemire, who explained that the chocolate syrup represented diversity.

“When you look at most organizations, diversity sits at the bottom of the organization,” Stoudemire said. “You don’t get inclusion until you actually stir it up.”

Stoudemire, who is black, says he’s been using the chocolate milk example for over a decade. He told the Chicago Tribune that his approach is the easiest way for him to “illustrate the lack of diversity at the top of Fortune 500 companies.” He added that he typically picks the highest-ranking person in the room to participate and that “he gives Rauner credit for his willingness to step up and put himself out there… he could have said, ‘No.’ ”

Rachel Bold, a spokeswoman for the governor, said in a statement: “It was one of two demonstrations at the event, both of which received ovations from the crowd.”