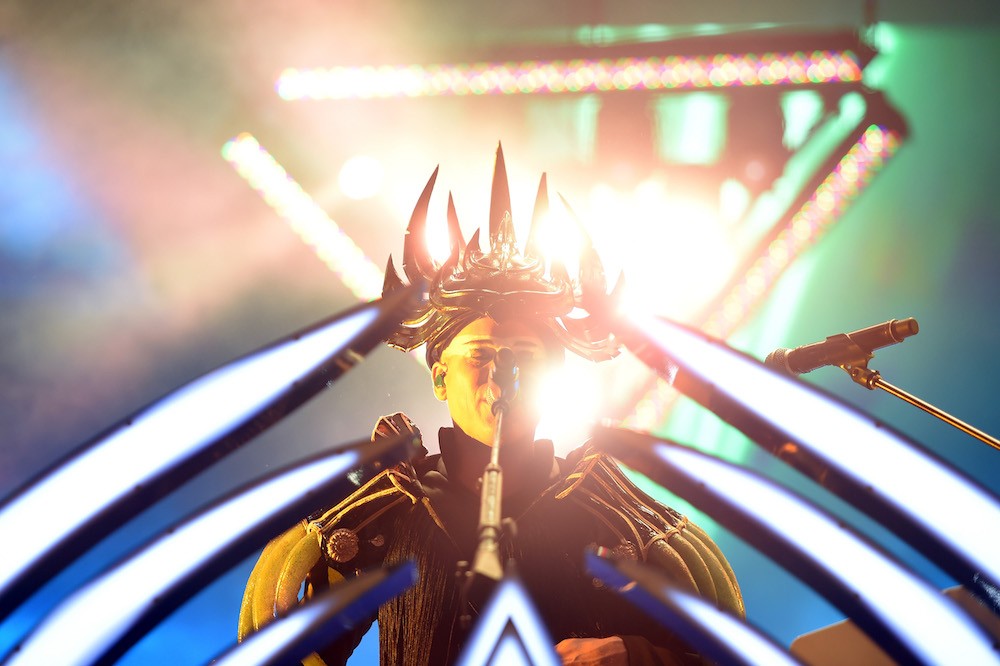 On Wednesday, the hugely influential Christian evangelical Billy Graham died at age 99. Among the many public figures who celebrated his legacy was the Aussie synth-pop band Empire of the Sun—on Instagram, at least. As Stereogum notes, the band’s official account shared an image macro with the text, “God bless the great Billy Graham.” Plenty of the band’s followers disagreed with this characterization of Graham in the comments, including Empire of the Sun lead singer Nick Littlemore himself.

As Stereogum points out, Littlemore commented, “Not all of us are interested in celebrating a life of a bigot #fyi” from his personal account. Among the Graham positions with which Littlemore may have taken issue are the late minister’s statements that homosexuality “will be judged by God’s holy standards” and that Jews have a “stranglehold” on American media that “has got to be broken or the country’s going down the drain.” In a later comment responding to fan who asked why the image was posted in the first place, Littlemore wrote, “I don’t run this account! I was quite upset to see this post.”

It’s unclear who does run the account. Many of the photos and videos posted have the glossy, curated feel of professional social media management, but others are more casual. The caption to a 2017 photo of Empire of the Sun guitarist Luke Steele with Pharrell and Chad Hugo of the Neptunes is seemingly written in first person: “#throwback to working with brother @pharrell…congrats on the new #despicableme3 release!!!” In any case, even if a third party is running the account, it’s hard to imagine they would have posted something as loaded as the Graham image without the approval of someone in the band.