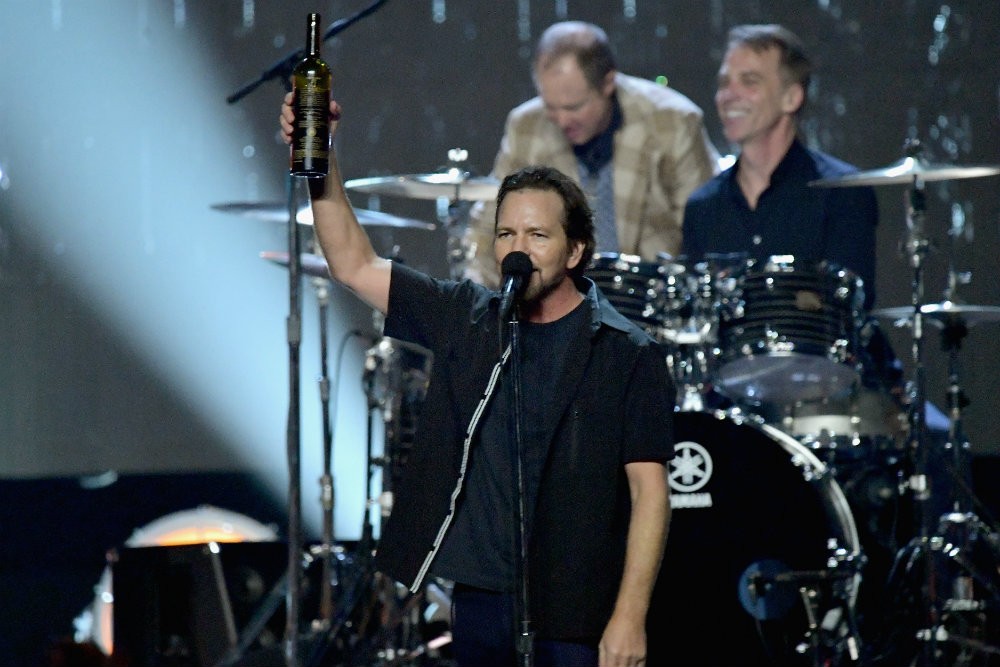 On Monday night, Pearl Jam’s Eddie Vedder and Mike McCready, Will Ferrell, his doppelgänger and Red Hot Chili Peppers drummer Chad Smith, Dave Matthews Band’s Stefan Lessard, and folk singer-songwriter Brandi Carlile performed a cover of Depeche Mode’s “Personal Jesus.” The crew found themselves together onstage at “One Classy Night,” a charity concert held in Seattle benefitting Cancer for College, an organization that provides scholarships for cancer survivors. According to the Seattle Times, the event raised $300,000 for the non-profit.

Ferrell introduced the cover with a comically long mic check, and then introduced a “local, homegrown kid” which turned out to be Vedder wielding a tambourine. Vedder actually grew up in San Diego, but it’s okay, a lot of people make that mistake.

The old synth-pop jam is well-served by Carlile’s sultry rasp and it would be interesting to hear a studio version of this cover, with or without Ferrell busting in with cowbell in hand.