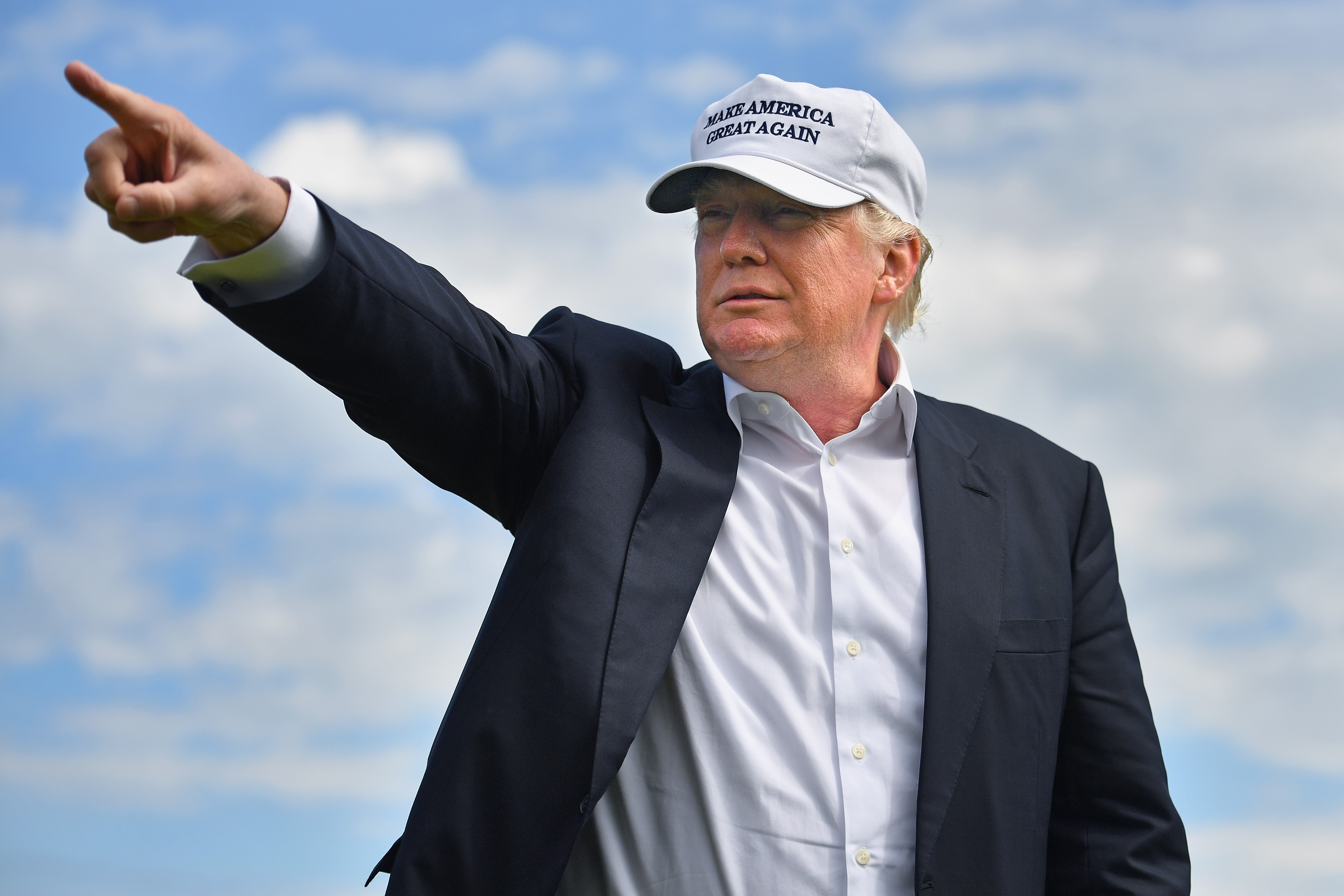 Ronan Farrow has a new story in the New Yorker today that further confirms what we all intuitively knew to be true, which is that before becoming president Donald Trump fucked around wantonly as a married man. (He barely tried to hide this when it seemed like it didn’t matter.) Farrow’s story focuses on Karen McDougal, a one-time Playboy model who Trump met in 2006 at the Playboy Mansion, where Trump was filming an episode of The Apprentice. The two, Farrow writes, would go on to meet up frequently in Los Angeles, at the Beverly Hills Hotel, where they would eat dinner (steak and mashed potatoes for him) and then have sex. But their relationship also reportedly grew to the point that Trump would fly McDougal around the country to meet him, including to a place, and event, with which we are all now very familiar.

In July 2006, just a month after the two met, Trump flew McDougal to Lake Tahoe, where he was attending the American Century Celebrity Golf Tournament. They would not be alone: the American Century Celebrity Golf Tournament is where Trump first encountered Stephanie Clifford, aka Stormy Daniels, who he would also allegedly carry on an affair with. Writes Farrow:

During the Lake Tahoe tournament, McDougal and Trump had sex, she wrote. He also allegedly began a sexual relationship with Clifford at the event. (A representative for Clifford did not respond to requests for comment.) In the 2011 interview with In Touch Weekly, Clifford said that Trump didn’t use a condom and didn’t mention sleeping with anyone else. Another adult-film actress, Dawn Vanguard, whose screen name is Alana Evans, claimed that Trump invited her to join them in his hotel room that weekend. A third adult-film performer, Jessica Drake, alleged that Trump asked her to his hotel room, met her and two women she brought with her in pajamas, and then “grabbed each of us tightly in a hug and kissed each one of us without asking for permission.” He then offered Drake ten thousand dollars in exchange for her company. (Trump denied the incident.)