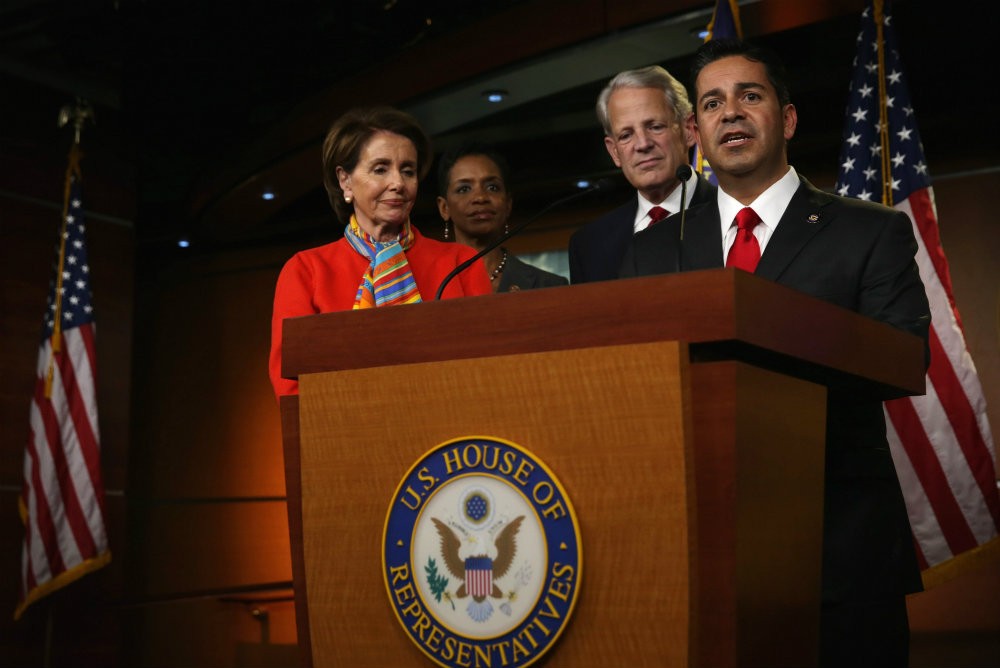 According to an email obtained by Huffington Post, the Democratic Congressional Campaign Committee’s press shop warned Dem. candidates not to “politicize” the Las Vegas shooting that claimed over 50 lives in October. The email was sent to congressional candidates the morning after the shooting that injured over 500 people attending a country music festival occurred. From Huffington Post:

“You and your candidate will be understandably outraged and upset, as will your community. However, DO NOT POLITICIZE IT TODAY,” DCCC regional press secretary Evan Lukaske wrote to candidates in the Northeast. “There will be time for politics and policy discussion, but any message today should be on offering thoughts/prayers for victims and their families, and thanking 1st responders who saved lives.”

The directive to employ the empty and ultimately meaningless “thoughts and prayers” talking point seems particularly ill-advised in the wake the Marjory Stoneman Douglas High School shooting where survivors, most of them teens, have been tirelessly advocating for stricter gun laws since the attack. Because the Parkland kids have been so persistent, the conversation regarding gun control legislation and the NRA’s influence in Washington hasn’t disappeared from the news cycle as quickly as it did following other shootings.

The DCCC’s suggestion is also out of step with the public’s desire for their elected officials to “politicize” gun violence in an effort to save lives. A recent CNN poll found that seven out of 10 people prefer stricter gun laws. From CNN:

Overall, 70% now say they back stricter gun laws, up from 52% who said so in an October poll not long after a mass shooting in Las Vegas killed 58 people. Just 27% oppose stricter laws. Support for stronger gun laws has not been that high in CNN polling since a December 1993 survey conducted just after the Brady Bill was signed into law.

DCCC communications director Meredith Kelly told Huffington Post that the instructions in the email were just pieces of advice that candidates are free to ignore. Kelly claimed that the email was just a reminder for Democrats to take a moment and get all the facts about an incident before making a public statement.

“A communications staffer who fails to provide immediate and thoughtful guidance after a national tragedy,” Kelly said, “based on the best available information at the time, is not doing his job.”

Kelly didn’t confirm if a similar email went out after the Parkland shooting.

Unfortunately, some Democratic House candidates, especially those vying for seats in states Trump won, like Joe Manchin (D-WV) are shying away from the gun control debate ahead of the 2018 midterms. According to the NY Times, the GOP is facing the opposite problem and are worried that not addressing gun laws will cost them the Republican majority, especially when defending seats in districts surrounding cities like Los Angeles, Philadelphia, and Chicago.

“It’s certainly more of a base issue than in years past,” a Democratic Senate aide told The Hill regarding gun law. “It’s not going to be a top-down, every-state strategy. Some places [campaigning on stricter gun laws] will work — Illinois, Florida and Colorado suburban districts…And other places it won’t, like North Carolina.”

No matter what strategy the Democrats employ, we can be almost certain they’ll fuck it up.