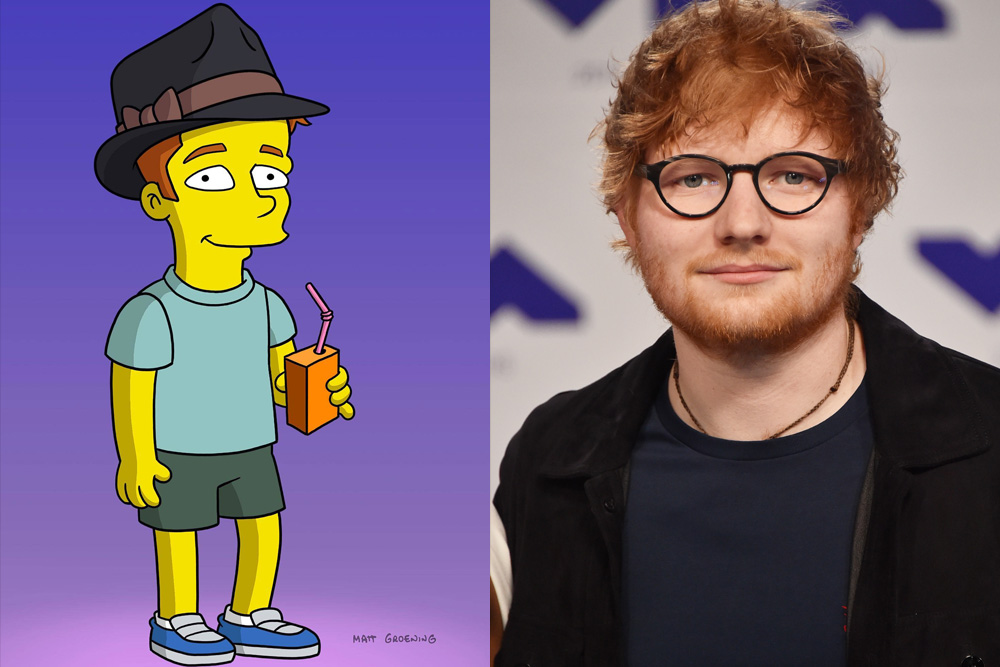 Guest-starring on The Simpsons is a rite of passage for many musicians at the peak of their career – everyone from Elton John to Sonic Youth have paid visits to Springfield. Now, over six months after his animated cameo was first announced, we now have our first glimpse of everyone’s favorite Galway Guy Ed Sheeran’s appearance on the show.

Sheeran will appear in the season 29 premiere of the show, airing on January 7. The episode is a La La Land parody called “Haw-Haw Land,” and features Sheeran as Lisa’s piano-obsessed love interest named Brendan. In a short preview of the episode, Brendan and Lisa loudly jam together, Lisa on the sax and Brendan on the keys, which in turn angers a certain Homer Simpson.

In a July interview with EW, executive producer Al Jean explains Sheeran’s character as an infuriating crush: “He keeps alternating [between], ‘You’re not that great, but you could be fantastic,’ and she keeps falling for him because of his talent.” Sheeran also sings in the episode, much to Lisa’s delight and Millhouse’s jealousy. Jean also adds that they recorded Sheeran’s part over the phone from England. Watch the preview of this Sunday’s episode, featuring Sheeran, below.