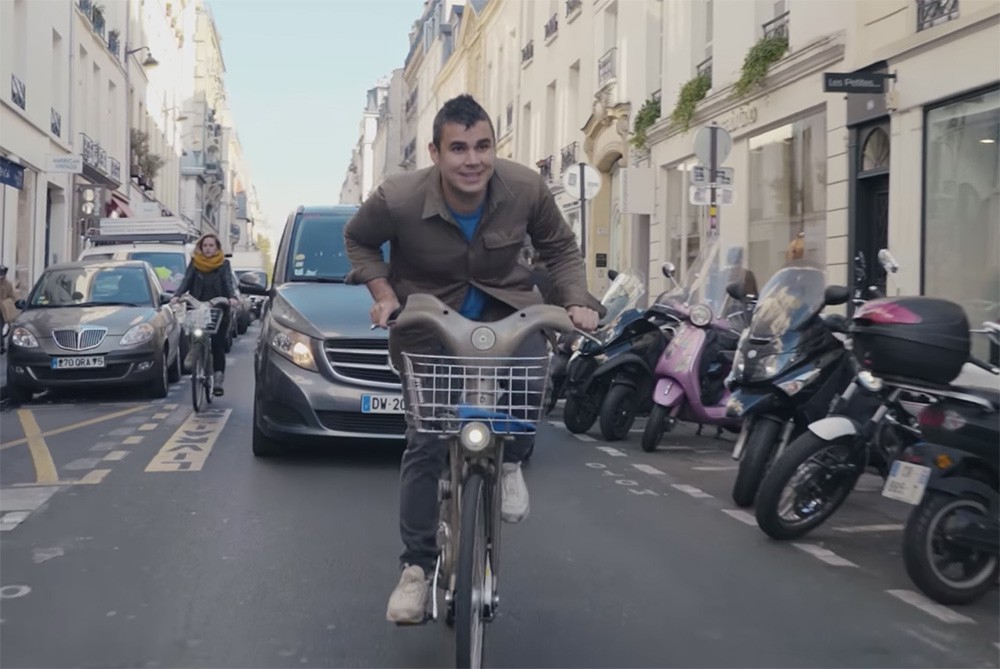 Rostam has released a new video for “Bike Dream,” the lead single off of his debut solo album, Half-Light, which he released in September. The new visual, co-directed by Rostam and Dan Newman, features the musician singing to the camera as he explores Paris and Berlin by bicycle (natch) and foot. The video recalls a similar visual for another Half-Light track, “Gwan,” which featured Rostam wandering the streets of New York. Watch the video for “Bike Dream” below.

Rostam recently released a cover of Nick Drake’s “Pink Moon” for Spotify Singles, following earlier covers, including Bob Dylan’s “Like A Rolling Stone” and The Pogues’s “Fairytale of New York.” He is currently touring the U.S. in support of Half-Light. Read our interview with Rostam on the making of Half-Light.