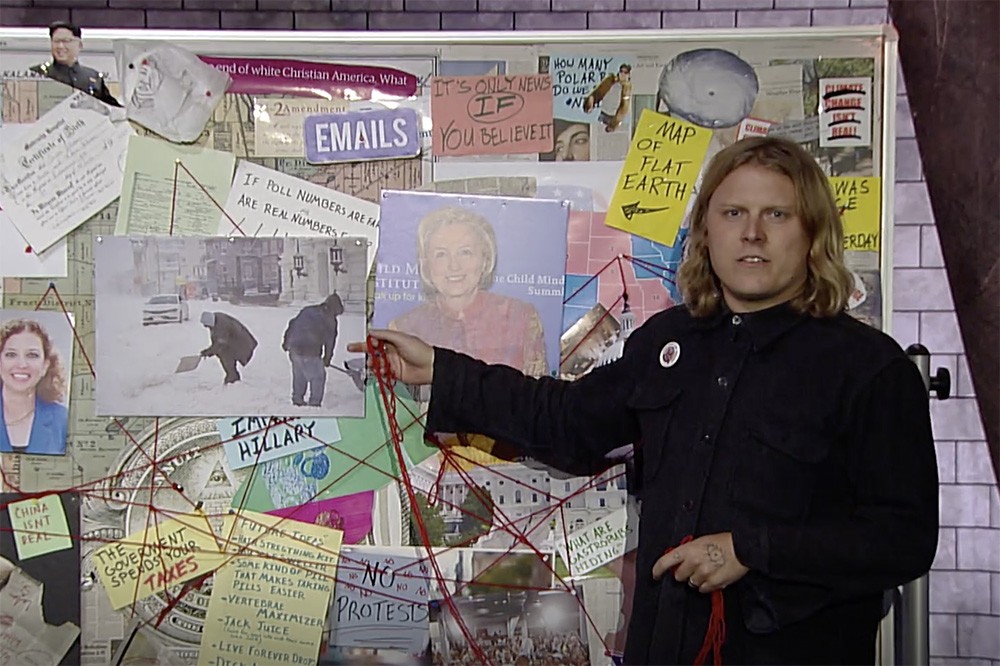 The Opposition with Jordan Klepper is the latest in a long line of satirical news programs to air on Comedy Central. Klepper, a Daily Show alum, began hosting the program in September 2017, and has since had comedians, Washington insiders, and even Bill Nye as guests on the show. But last night marked the show’s first musical guest, an honor given to Bay Area garage rock stalwart Ty Segall. “Apparently we haven’t been putting enough culture in the show,” Klepper joked. “The liberal Viacom suits are demanding four minutes of artistic performance by a guest per fiscal quarter.”

Segall, who composed the theme music for The Opposition, made appearances throughout the show as a sidekick of sorts, test-tasting Klepper’s food and brainstorming right-wing conspiracy theories (“Jordan, I’m having a hard time connecting Hillary Clinton to to the snowstorms last week” ). He then closed out the show with an acoustic performance of “My Lady’s On Fire” from his forthcoming album Freedom’s Goblin, which is out January 26 on Drag City Records. Stream the complete episode on the Comedy Central website, and watch the musical performance below.

The Opposition with Jordan Klepper