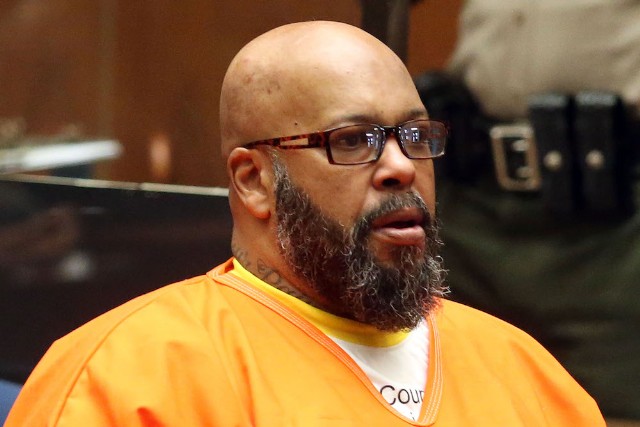 Two Los Angeles attorneys who represented former rap mogul Marion “Suge” Knight were arrested on warrants alleging they were accessories after the fact to a felony, authorities said.

The attorneys, Matthew Fletcher and Thaddeus Culpepper, were arrested Thursday by Los Angeles County sheriff’s deputies, sheriff’s department spokeswoman Nicole Nishida told The Associated Press. The warrants allege they were accessories after the fact to a crime, she said, without providing any additional details.

Fletcher, 53, was arrested around 2 p.m. and was being booked at the county jail, officials said. Jail records showed he was being held on $1 million bail. No information was listed about Culpepper.

In a court filing in August, prosecutors accused Fletcher and Knight of witness tampering in the rap mogul’s pending murder case. Transcripts of recorded conversations suggested the two had discussed fabricating testimony and Knight had tried to pay off potential witnesses with his lawyer’s help, the filing said.

The alleged talks of bribery came in a series of recorded calls in 2015 between Knight, who was in jail and Fletcher, along with Knight’s fiancee and his business partner.

Fletcher is one of several lawyers who has represented Knight, the Death Row Records co-founder, since he was charged with murder and attempted murder after he ran over two men outside a Compton burger stand in January 2015, killing one of them. Knight has pleaded not guilty and is scheduled to go on trial later this year.

The people on the calls discuss payments of as much as $25,000 to witnesses to say the victims or others at the burger stand were armed at the time, bolstering Knight’s argument that he was acting in self-defense. In one call, Fletcher said he would “pay anything” to bikers who were at the scene.

“If we can get the two or three versions from the bikers on tape and we can get … we’re done,” he said. “It’s going home time. Right? That’s a fair … investment, you know, 20, 25 thousand dollars.”

After the court filing, Fletcher vehemently denied that he was suggesting bribing witnesses and said he was talking about bikers who may have had cellphone video that could be useful to the defense.

The filing also included accusations that Culpepper had contacted a sheriff’s department informant and had agreed to pay for his testimony that he was present at the time of the crime and witnessed events that would favorable for the defense’s case.