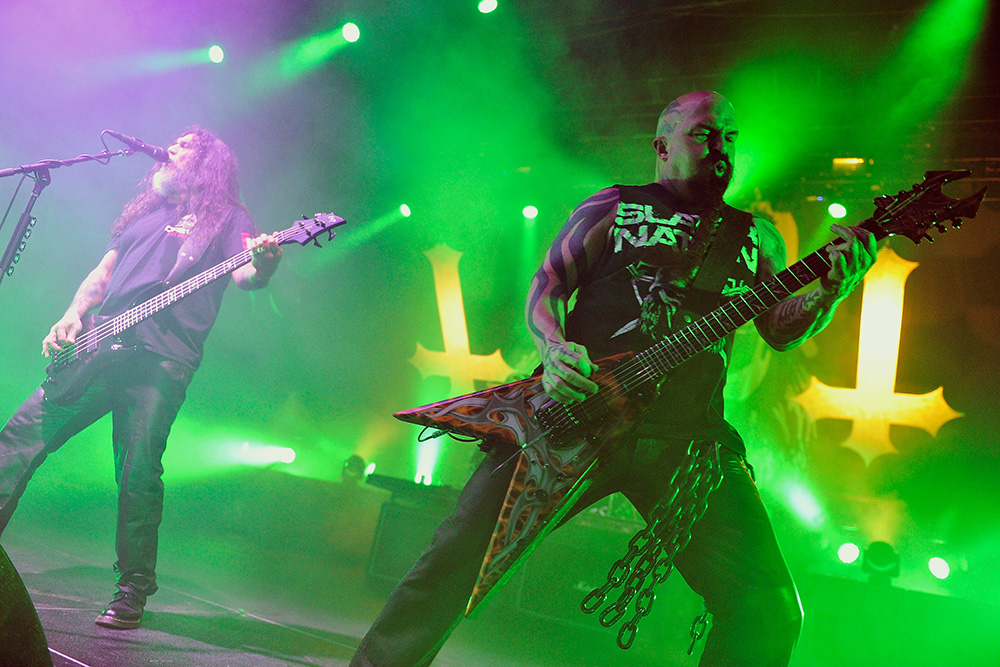 Fresh off their 2017 North American tour with Lamb of God and Behemoth, thrash legends Slayer have announced they’re calling it quits. The band, which has been around since 1981 and survived the death of original guitarist Jeff Hanneman in 2013, will embark on one final global tour. Details have yet to be announced, but a video filled with archival photos of the band states North American dates will be announced soon.

In January of 2017, lead singer and bassist Tom Araya posted an image to the band’s Instagram account that seemed to endorse the newly inaugurated President Trump, a decision that didn’t go over very well with his bandmates. Araya later said he was just trolling “snowflakes” and “crybabies.” It’s unclear whether any of this influenced Slayer’s decision to disband, but if it did, it’s yet another horrible outcome we can chalk up to the worst year ever.