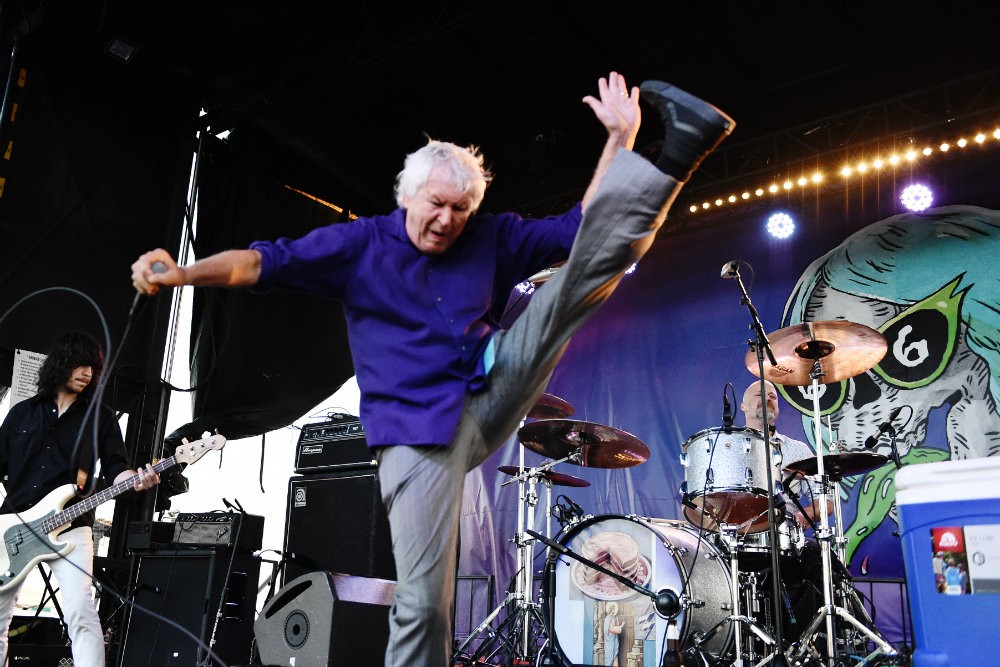 Robert Pollard apparently got bored of sneezing out new Guided By Voices recordings every five minutes and decided to put out an album by his country alter-ego Cash Rivers. It looks like Pollard’s persona picked up a backing band as his Rockathon Records site credits the fabulously named Blue Balls Lincoln LP to Cash Rivers and The Sinners.

Rockathon is only pressing 500 copies of Pollard’s grand experiment and hasn’t listed a release date, but it can be pre-ordered. It’s also only available on vinyl through snail mail. The indie rock elder statesman seems to be really committing to this bit.

“I don’t know this Cash Rivers,” Pollard said in a statement to Pitchfork, “but he’s ridiculous and obviously out of his mind, so is whoever is working with him.”

Anyway who has seen Pollard tear through a cooler of beers on stage can probably assume that Rivers is also a little drunk.

Last September, Rivers put out the She Laughed I Left  7″ featuring “17 songs in seven minute,” with titles like “She Stole My Man Panties” and “Drinkin’ With Abraham Lincoln.”

It will be interesting to see how Pollard’s take on the Chris Gaines experiment works out.