Pink Will Sing the National Anthem at the Super Bowl 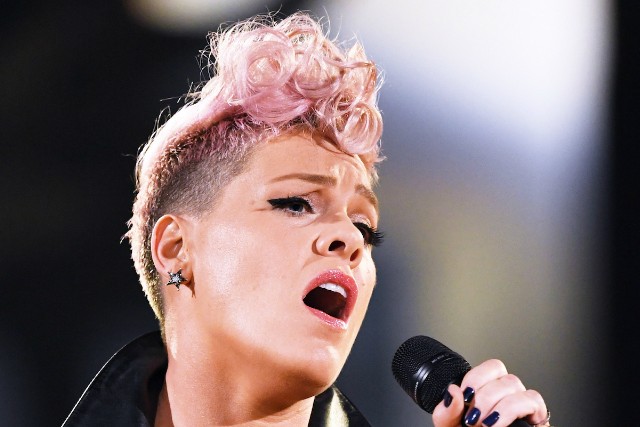 Powerhouse pop performer Pink will sing the national anthem at the Super Bowl next month, the NFL announced this morning. Whatever you think of her recorded output, Pink is a solid pick for the job: a undeniable vocal talent known for physically demanding live performances. (Not that she’s going to drop in on a trapeze, but y’know, she could.) And while the NFL probably hopes that no players will choose to kneel in protest during the anthem at the Super Bowl—none did last year—Pink is one of popular music’s more politically outspoken personalities, at least by comparison to 2017 anthem performer Luke Bryan. Other past Super Bowl anthem singers include Lady Gaga, Alicia Keys, Kelly Clarkson, Christina Aguilera, Beyoncé, and Mariah Carey.

Super Bowl LII happens Sunday, February 4, with a Justin Timberlake performance at halftime. Pink is also set to perform the Sunday prior, January 28, at the 2018 Grammy Awards. She’s nominated for a pop solo performance for “What About Us,” a single from her recent album Beautiful Trauma.