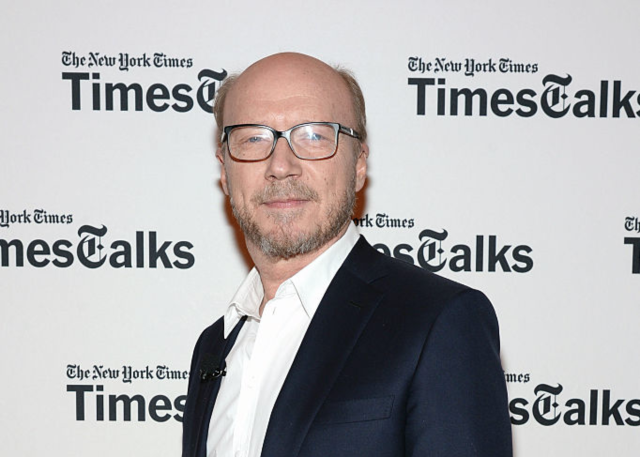 Three weeks after publicist Haleigh Breest filed a civil lawsuit in Manhattan accusing filmmaker Paul Haggis of rape, three more women have accused the Crash director of sexual misconduct, including a second allegation of rape. Breest’s attorney amended the lawsuit on Friday to include the new allegations, attributed to three Jane Does. The women also shared their accounts with the Associated Press. The four incidents occurred between 1996 and 2015.

The new rape accuser was working as a publicist on a television show produced by Haggis in 1996 when she claims he called her to review photos from the show in a back room at her office. According to the woman, Haggis arrived late at night after everyone else in the office left. He started kissing the woman as soon as they entered the room, she claims, and didn’t stop after she resisted:

“I just pulled away. He was just glaring at me and came at me again. I was really resisting. He said to me, ‘Do you really want to continue working?'” the woman said. “And then he really forced himself on me. I was just numb. I didn’t know what to do.”

She said he made her perform oral sex, then pushed her to the floor and raped her.

Another woman claims she met Haggis at his Los Angeles office in the late 2000s to pitch him a television show. When she sat down on a couch in his office, she says, Haggis told her that he had an open marriage, then tried to kiss her. “I felt like my life could have been over,” the woman said. She told AP that she ran to her car and drove away, and Haggis followed her outside.

The fourth accuser alleges that Haggis forcibly kissed her and followed her into a taxi in 2015. When the taxi arrived at the woman’s apartment, Haggis paid the driver, chased her, and kissed her again, she says. She hurried inside and closed the door. Haggis allegedly sent her harassing text messages for the next 24 hours, until the woman blocked his phone number.

Breest’s lawsuit claims Haggis offered her a ride home after a film premiere in Manhattan in 2013. Haggis drove to his apartment in SoHo instead, Breest alleges, and invited her inside for a drink. She says she accepted a glass of wine. According to the lawsuit, Haggis became “sexually aggressive” inside the apartment, forcibly kissed Breest, and asked her, “You’re scared of me, aren’t you?” He allegedly forced Breest into a bedroom, tore off her tights while she told him “no,” forced her to perform oral sex, fondled her, and raped her.

Haggis denied the claims on Thursday in a statement issued through his lawyer. The statement accuses Breest’s law firm of fabricating the new allegations as part of “their effort to obtain money.” It also speculates that the Church of Scientology is involved in the accusations. Haggis left the controversial religion in 2009 and has publicly criticized it since defecting. All the women interviewed by the Associated Press denied any connection to Scientology.

Haggis has counter-sued Breest for intentional infliction of emotional distress. You can read his full statement below:

In a society where one of a person’s fundamental rights is the ability to confront an accuser, that right has now been eviscerated when it comes to anyone being charged in the press with any sort of sexual misconduct.

Notably, no one has reached out to anyone on Mr. Haggis’ team other than the press to report this.

He views the fact that these reports appear to be spearheaded from the law-firm representing Ms. Breest, as a further tactic to try to harm him and continue their effort to obtain money.

Mr. Haggis also questions whether Scientology has any role here, which he notes has been attacking him for years with false accusations.

We reiterate our claim against Ms. Breest, and note again that we initiated the legal proceedings, not Ms. Breest.

Correction: A previous version of this story incorrectly stated the claim in Haggis’ lawsuit against Breest. He has sued for intentional infliction of emotional distress, not extortion.