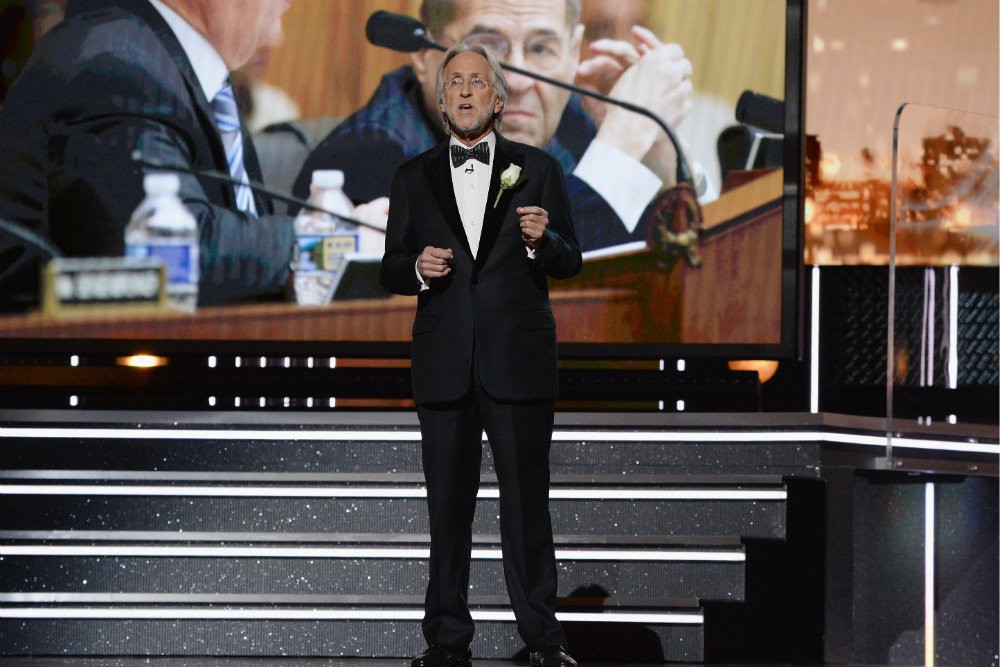 Recording Academy president Neil Portnow is walking back the quote he gave to Variety backstage at Sunday night’s Grammys when asked why women were barely represented during the televised awards. Portnow received considerable backlash for his comment that women should “step up” if they want to be recognized in the music industry, including from artists like Charli XCX and Pink. From the Hollywood Reporter:

“Last night, I was asked a question about the lack of female artist representation in certain categories of this year’s Grammy Awards. Regrettably, I used two words, ‘step up,’ that, when taken out of context, do not convey my beliefs and the point I was trying to make,” Portnow said. “Our industry must recognize that women who dream of careers in music face barriers that men have never faced. We must actively work to eliminate these barriers and encourage women to live their dreams and express their passion and creativity through music. We must welcome, mentor and empower them. Our community will be richer for it. I regret that I wasn’t as articulate as I should have been in conveying this thought. I remain committed to doing everything I can to make our music community a better, safer, and more representative place for everyone.”

The only woman to walk away with a major award on Sunday night was Alessia Cara, who won the Grammy for Best New Artist; Rihanna also appeared on stage to accept a joint award for Kendrick Lamar’s “LOYALTY.” SZA, who was nominated in five categories, went home empty-handed.