Moby: CIA Agents Asked Me to Help Them Take Down the Trump-Russia Conspiracy 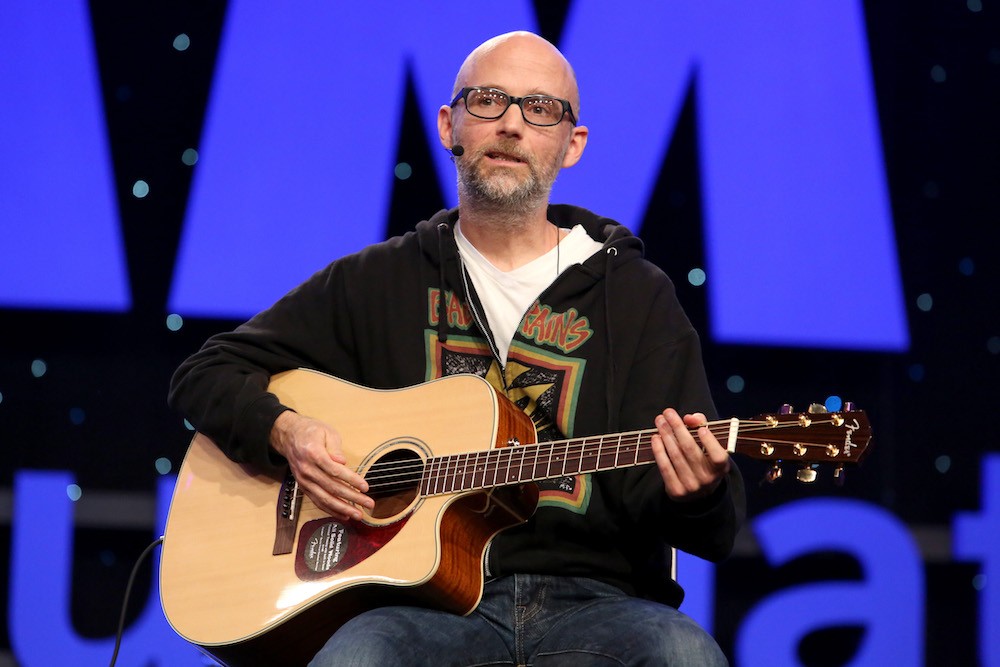 Moby is a busy guy these days. Not only is he preparing to release his new album Everything Was Beautiful, and Nothing Hurt, he’s also got to keep up with his side gig helping the intelligence community spread the word about the Russians’ efforts to install a puppet government in the United States by way of Donald Trump. Moby first revealed his new job back in February, when he shared some info he’d received from some “friends who work in dc [sic]” on his social media accounts. He said he could “accurately” report that the Russian dossier prepared by Fusion-GPS was “100% real” and that Trump is being blackmailed for “much more nefarious things” than being peed on by Russian sex workers. He also intimated that by passing this information he might be putting himself in danger.

On Friday, the “We Are All Made of Stars” singer talked a little more about his intel sources during an interview with WFPK’s Kyle Meredith. Moby explained that, after “years of touring and spending time in D.C. and New York” he’d managed to make friends with “active and former CIA agents,” and when having dinner with them last year, they expressed that they were “truly concerned… that Trump was essentially being run as a Russian agent.”

They were like, “This is the Manchurian Candidate, like [Russian President Vladimir Putin] has a Russian agent as the President of the United States.” So they passed on some information to me and they said, like, “Look, you have more of a social media following than any of us do, can you please post some of these things just in a way that … sort of puts it out there.”

To be entirely fair to Moby, in the time since his original Facebook post, the Justice Department has opened a special counsel probe to investigate the validity of the sorts of things he’s alluding to, and while evidence of a Russian shadow government has yet to be found, the investigation hasn’t exactly come up empty-handed, either. Now, Moby hasn’t revealed anything that hasn’t already been suggested by liberal conspiracy blogs, but who knows! These are strange times, and according to Moby, they’re only going to get weirder:

It’s really disturbing and it’s going to get quite a lot darker. Like the depths of the Trump family in business and their involvement with organized crime, sponsored terrorism, Russian oligarchs, it’s really dark. I guess we should all, like, fasten our seat belts and hold on.

Yikes! Listen to the whole WFPK interview below. The spy stuff starts around the 8-minute mark.