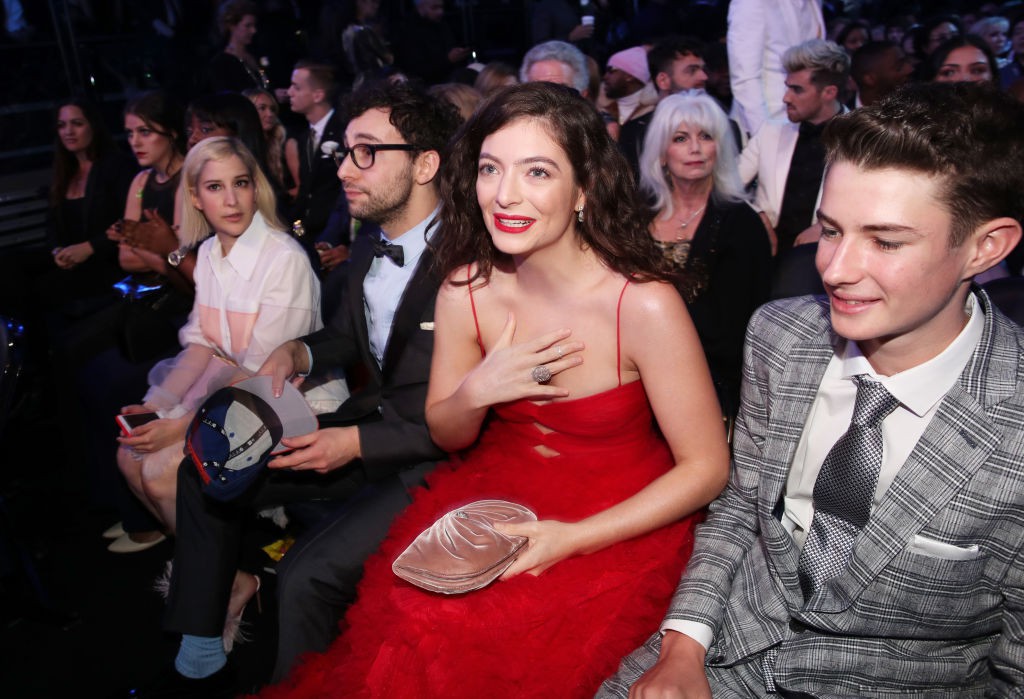 Many artists at tonight’s Grammy Awards sported a white rose, adopted as a symbol of the Time’s Up movement against sexual harassment and discrimination in the entertainment industry. Album of the Year nominee Lorde took a different approach, printing an excerpt from a work by conceptual artist Jenny Holzer on a card sewn to the back of her gown.

Holzer is known for her “Truisms,” short, elegant and confrontational word constructions that often have a feminist, anti-consumerist, or radical bent. (Among her most famous: “Protect me from what I want” and “Abuse of power comes as no surprise.”) The quote Lorde chose to accessorize her Grammys dress comes from Holzer’s 1977-82 project Inflammatory Essays, a series of boldly colored posters she originally posted anonymously around New York City. “Rejoice! Our times are intolerable,” it begins. “The old and corrupt must be laid to waste before the just can triumph. … The apocalypse will blossom.” (Perhaps Lorde encountered the work as the titular piece of a recent New York gallery show of Holzer’s early work.)

Lorde’s message comes amid reports that she declined to perform at this year’s Grammys because the show’s organizers refused to offer her a solo performance, as they did the other, male Album of the Year nominees. She also notably skipped the red carpet. See the handmade Holzer tribute on Lorde’ dress (and her coordinating red flask) at the 2018 Grammys below.

My version of a white rose — THE APOCALYPSE WILL BLOSSOM — an excerpt from the greatest of all time, jenny holzer 🕊🌹