Newly unsealed police documents have identified a second person of interest from the October 1, 2017 mass shooting at a country music festival in Las Vegas, according to multiple reports. At a news conference January 20, authorities said that although shooter Stephen Paddock acted alone, the FBI was investigating a second person who could yet face charges not directly connected to the shooting itself.

“Until the investigation can rule otherwise, Marilou Danley and Douglas Haig have become persons of interest who may have conspired with Stephen Paddock to commit Murder with a Deadly Weapon,” a newly unsealed police document from last October reads, according to the Las Vegas Review-Journal, which obtained an un-redacted copy. Danley was Paddock’s girlfriend and was out of the country at the time of the shooting; authorities have said she is cooperating in the investigation and that they do not expect her to be charged with a crime.

The second person named in the newly released documents, Douglas Haig, is a Mesa, Arizona resident and Honeywell Aerospace engineer who also reportedly owns an ammunition retailer called Specialized Military Ammunition. Police reportedly declined to comment on whether Haig was still considered a person of interest, or whether he was the person reportedly still under investigation.

On Tuesday night, Haig told reporters that “I’m the guy that sold ammunition to Stephen Paddock,” but that he had met Paddock only once and did not know him, the Review-Journal reports. A message on Specialized Military Ammunition’s website says the business is “closed indefinitely.” Haig told Newsweek that he “used to sell ammunition reloading components” but had not sold any “for a long time,” and suggested that perhaps Paddock had one of his old business cards. Newsweek said Haig confirmed he was questioned by the FBI during an interview last October, but that it did not publish the interview at the time because authorities refused to confirm his connection to the investigation. “I’ve been interviewed, and that’s as far as it went,” Haig told Newsweek. “They were following up on a lead, and obviously it went nowhere.” 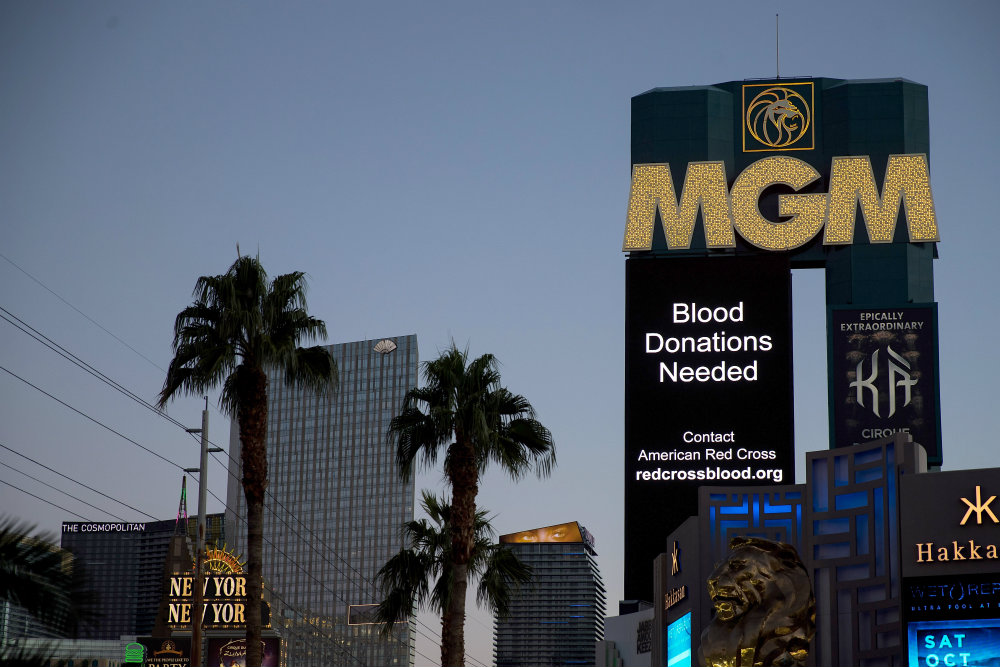 Separately, the new documents appear to reveal a discrepancy in police accounts of the gunman’s death. Police have repeatedly said that officers found Paddock dead of a self-inflicted gunshot wound upon entering his hotel room at the Mandalay Bay on the night of October 1. A portion of a search warrant request from early in the morning of October 2, however, reportedly states that “as SWAT officers breached room 135, they observed Stephen Paddock place a gun to his head and fire one round.”