Who Knew We Were Supposed to Take Justin Timberlake So Literally? 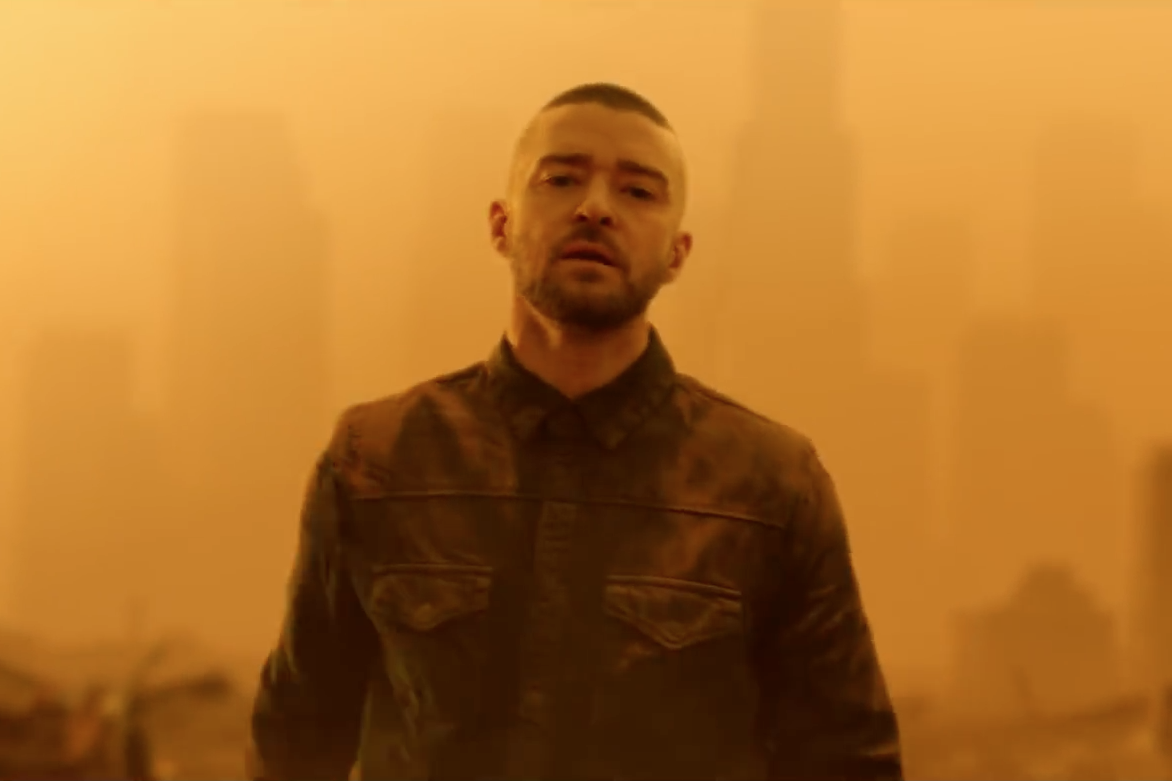 Justin Timberlake is driven by the conviction that he can bring sexy back to almost anything, and boy, does he appear ready to test that hypothesis. “Supplies,” the second new single from upcoming album Man of the Woods, dropped today, accompanied by an obscenely expensive-looking video incorporating imagery lifted from the Women’s March, Black Lives Matter, and the Harvey Weinstein scandal, framing a narrative that makes obvious allusions to recent dystopian media: Mad Max: Fury Road’s fields of dust and hair-raising joyrides, The Hunger Games’ swirling fire clouds, the ominous tech futurism of Ex-Machina and Westworld.

“Supplies” is all the more disappointing as a follow-up because I came around pretty quickly to “Filthy,” with its injection of warbly android funk and successful translation of ironic meme (“Haters gonna say it’s fake”) to tongue-in-cheek lyric. “Filthy” has claws and quirk, like a canned tiger roar just after the word “beast,” which is kind of production flourish often reserved for the video edit. But–thunk–here’s “Supplies,” a post-apocalyptic shotgun wedding between a country-pop vocal melody and an arid, trap-inspired beat punctuated by fossilized “brrr” ad-libs courtesy of Pharrell. Timberlake did try to warn us when he described Man of the Woods as “modern Americana with 808s,” but who knew we were supposed to take him so literally?

Even apart from its overstuffed video, literalism is the weakness of “Supplies,” and crisp, foreboding production can’t conceal clunky adherence to theme. “Turn me on when you need electricity,” Timberlake sings, because what’s hotter than a hulking backup generator? (Yes, baby, right there! On the breaker switch!) “I got supply-ay-ays,” he promises, because he is a protector, a provider, a man who comes through in dire circumstances, the same way my boyfriend tells me we’ll need this case of tinned liverwurst to barter for weapons after the bomb drops. Sexy-talk overwhelms novelty, leaving Timberlake to set the scene via shout-out to The Walking Dead. A zombie series now staggering towards its ninth season seems an apt choice.