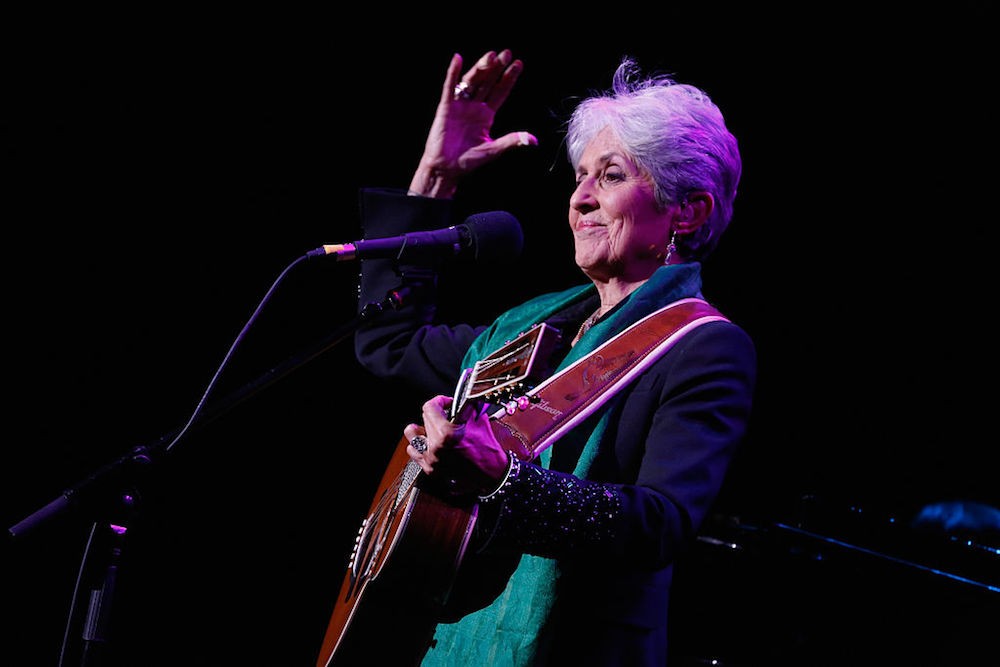 Folk legend and recent Rock and Roll Hall of Fame inductee Joan Baez has announced her first LP in a decade. Whistle Down the Wind will include a number of covers–including  ANOHNI’S “Another World,” Mary Chapin Carpenter’s “The Things We Are Made Of,” and Tom Waits’ “Whistle Down the Wind,” the album’s lead single–as well as several original songs. “What’s happened, and I didn’t do it on purpose, but the songs have become mine,” Baez said to Rolling Stone. “That’s when I know I’m on the right track.” Find her take on “Whistle Down the Wind” and the full tracklist below. Whistle Down the Wind is out March 2.

01. Whistle Down the Wind (Tom Waits and Kathleen Brennan)
02. Be of Good Heart (Josh Ritter)
03. Another World (ANOHNI)
04. Civil War (Joe Henry)
05. The Things We Are Made Of (Mary Chapin Carpenter)
06. The President Sang Amazing Grace (Zoe Mulford)
07. Last Leaf (Tom Waits and Kathleen Brennan)
08. Silver Blade (Josh Ritter)
09. The Great Correction (Eliza Gilkyson)
10. I Wish the Wars Were All Over (Tim Eriksen)